​The Summer Of ’58 by Tina Mattern

​            It was 1958. I was 8 years old and newly adopted by a lovely couple who were doing everything they could to help me forget the sadness of my past, and they were succeeding. Life had become almost perfect.  There was only one thing standing between my mere contentment and sheer joy: my new mother’s alleged allergies to anything with fur, feathers or hair.  This meant no puppies, no kittens, gerbils, hamsters, parakeets, goats or horses, which our back yard was too small for anyway.  It was the first time in my memory that I didn’t have an animal to love on.
In the months to come, I ransacked my brain trying to come up with an idea for a pet that Mom couldn’t claim an allergy to, and then one early April day, like a benediction from heaven, it came to me.
Mom and I were headed home from delivering lunch to Dad.  My parent’s company was on the outskirts of Portland, about 3 miles away from home—an essentially straight shot out Sandy Blvd, which was lined with farms mostly owned by the Italian families of St. Rita parish.
Since Mom was secretary-treasurer of the company, she spent quite a bit of time there.  If she was only planning to stay a short while, I would often ride with her so I could skip out to the shop and surprise Dad, who always lit up like a Christmas tree at seeing me. And I, even if I had been with him only a few hours before, would run joyously to him and jump up into his arms, wrapping my legs around his tall, sturdy frame like a velcro monkey.
Anyway, riding in the car on the day of my great revelation,  I was in the middle of one of my non-stop, stream-of-consciousness jabberings when I spotted something I hadn’t noticed before—a little farm house with a white picket fence.  It looked like a picture out of a country magazine, but it wasn’t the house that grabbed my attention…it was the little pasture next to it containing a small flock of sheep.  And bounding gleefully about their watchful mothers, were at least a dozen fluffy, white lambs!
Oh. My. Gosh! Why hadn’t I thought of this before?  Lambs don’t have fur, feathers or hair! They have wool! My mother could have no argument against a lamb. We could keep it in the tool shed behind the garage. The back yard, while being too small for a horse, was certainly big enough for a lamb.
But then a shadow passed over my heart…sudden memories of the sheep farm I had lived on with my birth father before he gave me up for adoption. Were these sweet lambs destined for the same heartbreaking fate as my only friends?
I pushed the memory away and shook my head.  No! Not this time. I couldn’t save every lamb, but I could save mine. 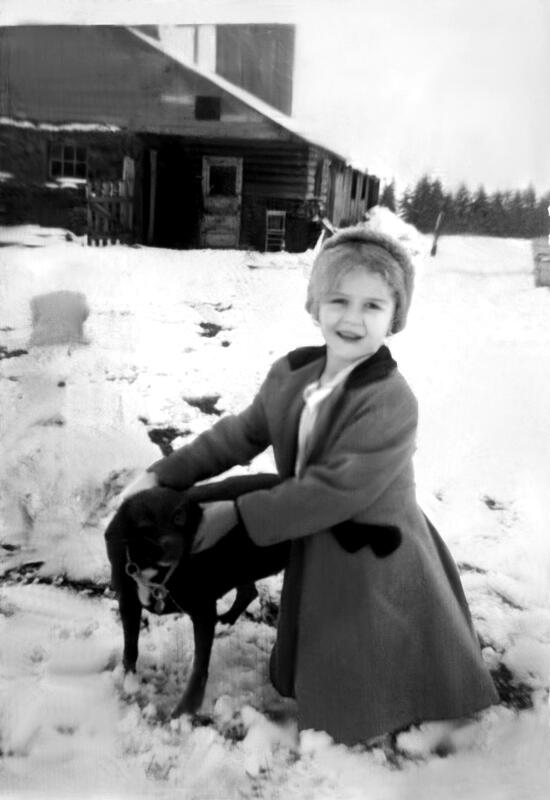