​THE LAST FLIGHT OF AIR SIAM by Syd Blackwell

Our bookings had been made for months.  Our Air Siam tickets would take us from Vancouver to Honolulu, Tokyo, Hong Kong, and Bangkok.  We could stop in any or all of the intermediate destinations for four days or multiples of four days.  It was also the cheapest flight we could find in those long-ago, pre-computer days.  It seemed ideal.

The little Chinese travel agent in the east end of Vancouver, reputedly the guy with the best deals, had been sweaty and furtive when we bought our tickets.  We had mostly forgotten that detail as our travel date approached, but then we got the phone call.   Our agent nervously told us Air Siam was having mechanical difficulties with the plane that flew to Hawaii and we might be delayed four days.  My friend explained he was getting married in Malaysia and a delay was not acceptable.  I told him to solve the problem through another carrier or we would come back to his office to hold him personally accountable.  A subsequent phone call from our now-inspired agent directed us to a different airline for our scheduled date of departure.

We should have taken this omen more seriously.

Although just past my thirtieth birthday, my travelling experience had been limited to six Canadian provinces and two American states.  My friend was much more travelled.  He was originally from Malaysia.   But, for me, Hawaii was exotic!  A palm tree was exotic!  The flowers were exotic!  Everything was exotic!  The overt commercialism of Waikiki had barely scratched my enchanted vision when we left four days later.  Air Siam was available as scheduled. What could go wrong?

Our flight across the Pacific included an awesome chase of a setting sun.  We landed in darkness in Tokyo.  All deplaning passengers were directed to a holding room.  We were asked to wait.   Soon, a representative of Air Siam came to announce the airline was having “mechanical difficulties”.  A plane might not be available in four days.  Anyone who stayed might have to be in Japan for eight days.  We could stay, or we could re-board the plane for Hong Kong.  Most of us returned to the plane.  We never saw the others again.

Other Air Siam passengers joined the flight at Tokyo and they brought news.  The rumours were that Air Siam was in serious trouble.  There were no more flights scheduled from Japan to Hawaii.   Some had already decided to stay on this plane right through to Bangkok.  They believed it might be the last Air Siam flight.  However, when we saw night-lit Kai Tak airstrip jutting out into Victoria Harbour, and saw the city lights all around, there was absolutely no question.  We were staying in Hong Kong for at least four days.  We would take our chances.  Soon after, the last Air Siam flight ever rose through the hot humid night air towards Bangkok.

Hong Kong in the mid-1970s was not the Hong Kong of today.  It was a British crown colony that felt the impending presence of giant China.   A decade after my visit, I recalled that Hong Kong in this poem.

Hong Kong was in Asia, the continent of my dreams, nurtured by hundreds of National Geographics.  My friend guided me into Asian ways.  We had four exhilarating days, before we returned to Kai Tak in search of a flight to Bangkok.

There were dozens around the Air Siam desk.  There were no flights posted.  Two beleaguered employees were facing an uneasy crowd.  Their message was the same as we had heard in Tokyo.  There were “mechanical difficulties”.  We should all go away and check back tomorrow.  The crowd dispersed and most left the terminal.

However, a few of us did not leave.  We didn´t believe tomorrow would be better.  The employees knew the airline was bankrupt, but not how to deal with the problem.  They were stalling.

We again approached the desk to explain my friend was travelling from Canada to Malaysia for his wedding and we could not wait.  We pressed them to find us seats on some other airline.  They listened and made notes and asked us to wait nearby.  They handled others who had remained.  While we waited, we compared our stories of urgency.  In actual fact, we had no urgency.  My friend´s family hoped he would find a Malaysian wife and had arranged some prospects for him to meet.  He had no intention of marrying one.

The day passed slowly.   Most gave up and returned to the city.  About eight hours later, the few remaining were called to the Air Siam desk.  We were told to go to the check-in for a Pan-Am flight to Bangkok.  There, we got standby boarding passes.  After all other passengers were boarded, they called the standbys.  We all got on; the plane was just half full.   In those days, Pan-Am and TWA ran competing routes and their planes were rarely full.  All the Air Siam passengers could have been transported.  However, there was little likelihood that Pan-Am would ever be compensated.  They possibly agreed because so few of us remained.

We did not know or care about any of this.  We were just delighted to be completing the final leg of our eventful Air Siam journey, even though four days before we had been on the actual last flight of Air Siam.

POSTSCRIPT
After a week in Bangkok, we flew Malaysian Airlines to Kuala Lumpur.  My friend actually married a lovely Malaysian girl in an amazing Hindu wedding.   The couple returned to Canada, raised a family, and are retired in Vancouver.   I continued travelling in Asia and Europe for several more months. 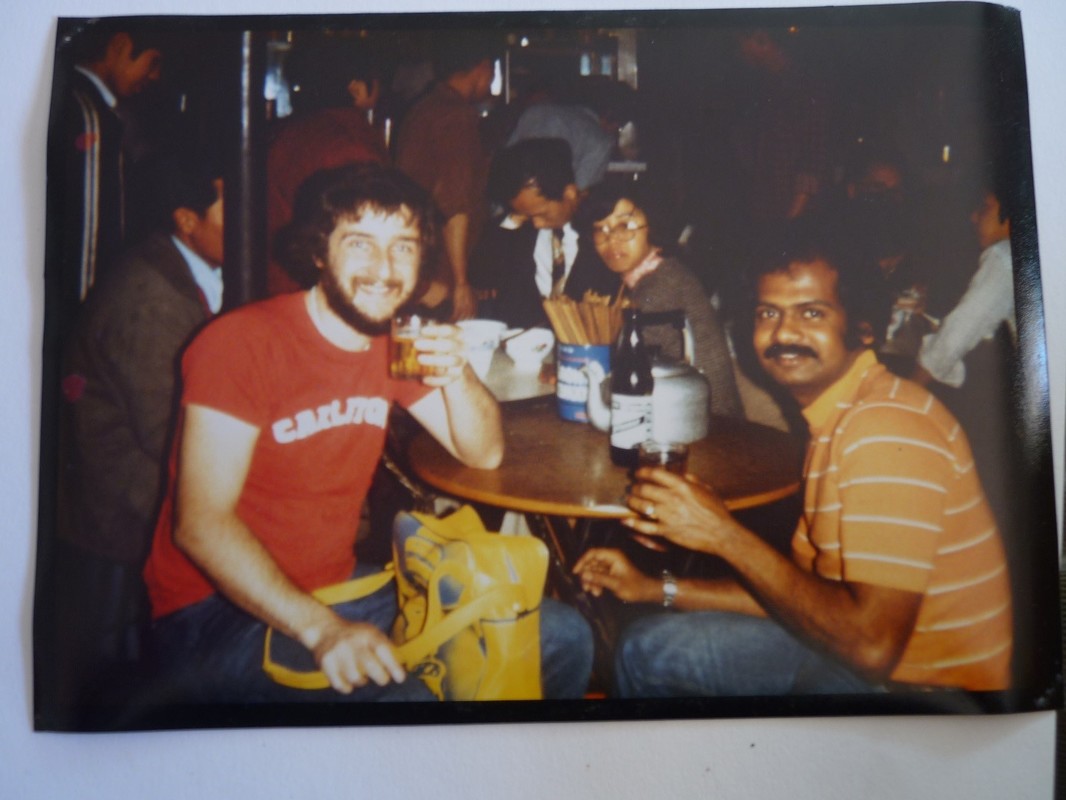