​Travelling in Switzerland was a Scream by Carolyn Muir Helfenstein

Of all our trips to Switzerland, there was one that topped them all. It happened while visiting my husband’s family who lived in Zurich. I remember making the rather selfish comment that I needed some time for just the two of us, despite the fact I had adopted his family as my own and truly loved them dearly.

Harry, looking into my pleading, cow-like brown eyes that day, had no choice but to agree. We did indeed need some time alone together, so we made plans.

With blue skies and no word of rain, we set out. Eventually though, we were driving through mountain passes, some so narrow that only a wise mountain goat would really know how to guide her newborn safely through them, I thought.
Harry just laughed at the sharp corners, with no fear at all that a car or bus might be coming around those blind corners from the other way. I just curled my toes and held my breath. I kept imagined the pictures I would take home, if we made it home to Canada.

We found a placid Swiss village at day’s end, at the foot of what would be our next challenging mountain—but not until the next morning.

It seemed the innkeeper was waiting our arrival—we were so warmly received. We settled in. Our room was immaculate, and I forgot all about those corners. We descended soon after, famished. Our waiter, Swiss of course, a man of perfect demeanor for this classy little inn, brought us our favourite appetizer, complete with the essential touch of lemon rind and one ice cube, and a stir stick —followed by the chef’s specialty, his amazing wienerschnitzel mitt rosti. I was in heaven and Harry was soaking up this familiar setting he had often enjoyed with his own family in times past. Making it a perfect evening, our waiter surreptitiously returned time and time again. We discovered he had the incredible ability to make our demi-litre of wine last two hours.

Aware of how content I had become—dining in such an enchanting Swiss hideaway —I didn’t know until later that Harry had refrained from mentioning his plans for the following day. And so, we enjoyed every minute of our luscious ‘time alone together’ at the bottom of a mountain.

Harry drove to the train station the next morning alone, said he was purchasing tickets, and he found me waiting outside the inn upon his return.

“This is the way to go!” he whispered in my ear. I wondered what he meant. We were now lined up with others in cars waiting to take a shortcut, he said.

It was soon our turn to drive our rental car forward and then up a ramp just like the other travellers had done. Shocking it was; I now realized we were about to sit in our car on one of the bare flatbeds of a Swiss train. I noted Harry had firmly applied the emergency brake as I realized this was our parking spot. Furthermore, I now realized there was no arrangement for us to move to a passenger car where we could sit and read and enjoy a coffee. As if that was not enough, I realized that these flatbeds provided no proper railings.

I noticed Harry was eyeing me with concern.

“We’ll come out the other side of this mountain in 20 minutes. No fear.” He smiled but still had not mentioned the plans nor what was to happen next.

The engine of our train chugged into a frantic start, the long line of flatbeds loaded with their parked cars, disappeared into the pitch-black nothingness before them at the mouth of the tunnel. It was then our turn to enter. “Harry!” I screamed. “Where are the lights. We need some light!” My screaming was horribly high-pitched. Yet despite that pitiful scream, truth was— there was no light. I was suffering the sensation now of being propelled into the very core of a Swiss alp, with no lights. I continued to scream and began beating Harry’s arms. What else could I do? We travelled on, Harry groping around for car lights, all the while trying to hold off my fists.

Worst of all, in utter horror, we suddenly saw huge lights coming at us from down the track, and I knew we would be killed. Harry was just about as frantic, knowing perhaps, if I found the handle to open my door, I would be out!

I was still beating him—but less, and my screaming had become moaning. He was still trying to find the light switch.

He opened his door a sliver and like a miracle, lights turned on.

My screaming ceased, even though I continued to imagine the rock walls of the tunnel might fall in any minute, and we would be swallowed up in the mountain forever. But I kept quiet.

Well, we did come out the other side of the mountain, and I did forgive Harry for putting us on a flatbed and he forgave me for beating him in such a terrible manner. We are still married, and now I am a writer. We have had so many wonderful adventures like this one, and I am forever adding colour to my writing, thanks to those experiences. Probably none was more fun than when I added a trip through a tunnel in my Newfoundland saga.

My Newfoundlanders especially Marion Martin, who was one of my favorite characters because she is so outspoken, easily spooked, and capable of slipping back into her outport dialect with words that would make a proper Englishman cringe. In my book, Rock Solid, I had her sitting in a train travelling at the ridiculous speed of 30 mph in 1846. I had her husband, handsome Ted, holding her firmly and lovingly as their rackety little train scurried through Box Tunnel—yes, another tunnel with no lights at all. I allow Marion to scream, she scratched and beat her husband, as I really did in that train in Switzerland.

And Harry often reminds me— he still bears the scars earned that day in the Swiss tunnel. 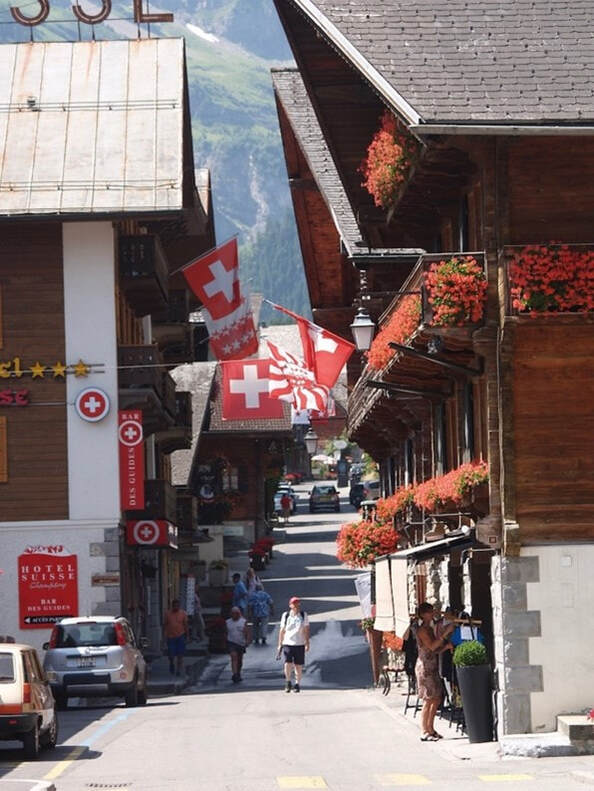 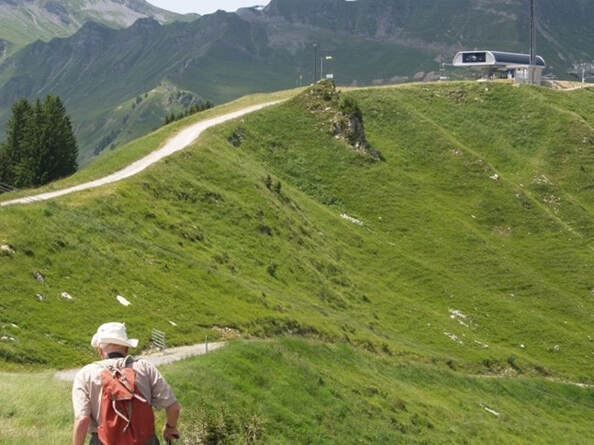