Metaphysics in the mountains by Celia Dillow

‘Are you heading for Christ, Señora?’, asked the border guard who controlled the tunnels. His uniform was dusty and aggressive, but he smiled with the smile of the mountains.  Briefly surprised by the question, I said that yes, we were. He warned us that we had a long and difficult way ahead and that we should follow the road carefully.  Then he waved us through his checkpoint.

We headed up the famous Ruta Nacional 7. It is a road of myth and magic which follows the old trade route through the Andes. Linking Chile’s Pacific coast and the Atlantic edge of Argentina, it was used to bring gold and silver out of the mountains. Now, meat and leather and cereals are exchanged but there is a feeling of history about it. International road freight thunders through tiny frontier towns which are thick with the memories of warrior ghosts and generals. In 1817, General San Martín used this treacherous and unexpected route to cross the Andes and take the Chilean leaders by surprise. His journey lasted three weeks and he lost a third of his men along the way. Their audacity is woven into Argentine story and song and celebrated throughout the land.

In the high Andean passes the road climbs to nearly 4000m; it is a place of bright, white peaks, endless sky and fiercely cold night. The many-coloured rock changes in the light, striped with peach, lilac and aubergine. Mount Aconcagua, the highest mountain on earth outside the Himalayas, stands sentinel in the rare air where the condors turn.

We took the narrow way: an old, zig-zaggy section of the road which has been superseded by the new tunnels. Our road was rocky. The tyres skated on the unsealed surfaces as we avoided the deepest ruts. Fine, pink dust filled the car and the road twitched back and forth through dozens of sharp hairpin bends. It was a slow, terrifying climb. Guanaco nibbled and picked at the ragged edges of the tracks. They watched our clumsy passage and then skipped away, their ginger-cream coats fading into the landscape.

A few kilometres further up, we met some eager, dusty boys.

‘How far are we from Christ?’ we asked them, exhausted.

‘Not far, Señora, but it is a very difficult and narrow way, you may miss the path. You must be sure where you are going’. They warned us to be careful and offered to sell us water.

The bronze statue, Cristo Redentor de los Andes (Christ the Redeemer) is on a high mountain pass at the border between Argentina and Chile. It is 3,800m above sea level, stands over 12m high and weighs 3600kg. It travelled from Buenos Aires by train and was carried up the mountain road by mules before being reconstructed on the border to celebrate the end of hostilities between the two warring neighbours, in 1904.

We gazed on Him but he kept his eyes fixed along the frontier. On either side of Him, the bright flags of Argentina and Chile snapped and snagged at each other in the raw wind. If the peace Treaty is ever broken, the mountains themselves will crumble to dust. It says so on the plaque at his feet. We scrambled to the highest point of the pass in the thin air and soft, mountain light. The vast landscape was of ice and rock: tongues of glaciers and the crazy, curvy road spooling down to the valley. The great altitude made our heads reel and our chests pound but the peace was powerful. Like us, the other visitors moved slowly and murmured softly, preserving the silence of the space. Vendors, selling thick, sweet hot chocolate and alfajores, huddled against the wind and spoke in subdued voices.  The smell of the chocolate hung, like incense, on the air.

We sat and waited for our hearts to stop thudding. Breathing deeply, we dragged the mountain air and mountain peace into our lungs and let our thoughts unwind. When it was time to go, we took our leave. His right hand was raised in blessing.

On our careful way down the mountain, the checkpoint guard asked,

‘And where have you come from today, Señora?’

‘We've come from Christ’, I replied as we rattled back along the narrow way. 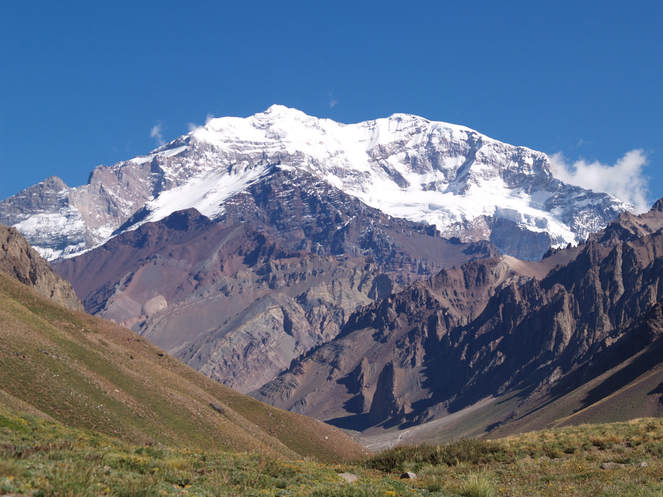 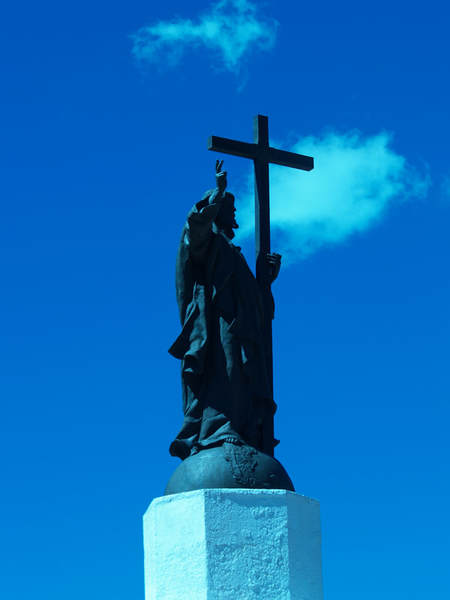