Air still heat heavy; the hot July sun was gliding down to gild the treetops of the ancient oak forest across the river valley. The steeply banked, narrow river hugging my field was always low at this time of year. Again, it had been hot and dry in this part of southwest France. The river was now just a trickle between quiet, deep pools where trout glided, waiting for the rush of rainfall. Cicadas sang tirelessly, welcoming the golden early evening.  The others were arriving already. Car wheels crackled on the gravel track and relaxed voices drifted from the garden beyond the covered stone terrace, which dripped with red geraniums. The tall fan shifted the sticky air and fluttered the candle flames.

Shiny black and green olives stuffed with smooth almonds, confit garlic cloves, little fat nubs of gleaming ivory, thinly sliced, ruby salami and salted radishes were laid out on the table last minute. It was always skin of my teeth preparation. Any earlier and the bugs would have feasted first.  I hoped a cold glass of fizz would break the ice when they all arrived. That was the plan anyway.

Just go for it, I thought, when I made the calls to friends and neighbours invited that evening. They were a colourful group. Jean-Marie and Adele lived in the modern farmhouse just up the hill, the walls painted in the locally favoured bright yellow. They were delightful, polite and stalwart local French farmers, now retired, who had grown roots over generations in this stony, red valley soil, cultivating sunflowers one year, wheat the next. Polite towards my other immediate neighbours, Victor and Camille Hubert, who had the huge, old farmhouse next door to me in this tiny hamlet, they still maintained a respectful distance. The Huberts kept themselves to themselves, but could be prickly from time to time, as I had discovered. They had history here and where there's history, there's gossip. It had been whispered the Huberts' attitude was inherent in their starchy northern roots. Still, apart from Jean-Marie and Adele, we had all gravitated to and loved this same tiny hamlet after all, for one reason or another. I was also an incomer, even after eight years here. My other guests were less acquainted with my immediate neighbours, but I hoped would add vibrancy to the evening. I had learned very quickly about the potential pitfalls of relying solely on the ex-pat dinner party circle as a way of integrating into local life, it’s culture and language. I always enjoyed a colourful mix of guests, especially heritage proud locals.

Paul was the handsome, flirty ex pat builder who lived in the big, old mill along the valley and was bringing his on and off French girlfriend, Brigitte. She was striking, tall, elegant, effortlessly glamorous in a casual, but very French sort of way. I liked her open expression and warm, natural smile and unpretentious confidence. They would be animated for sure and help bridge the divide. Jean-Marie and Victor hardly dared lift their eyes to glance up at the French beauty.

Introductions were made, polite cheek pecking bises exchanged, cork popped, glasses chinked. 'Sante, sante bonheur'. Chatter started; the ice began to melt.  'Yes, it's been a scorcher today. Do you think it's going to be another dry summer? The thunderstorms will hit soon enough, though.' The local Tarnaise accent jogged along with all the others, with a few quizzical glances shot here and there between my neighbours, split second pauses with the merest hint of a raised eyebrow, noting our less than perfect dialect.

Yet the eighth glass was yet to be filled.  I knew she'd be late. The second cork popped. Glasses were re-filled, this time with a crisp, local white from the organic vineyard near the village. Olives and ivory nubs were disappearing fast. The glance at my watch didn't go unnoticed. I slipped through to the kitchen. The food bubbling in the oven would have to bubble for just a little while longer.

I heard her battered, bright green Citroen grumble down the lane through the hum and it ground to a jolting halt on the lane behind the house. There was a glimpse of magenta and a flash of orange through the branches of the walnut tree as she climbed heavily out of the car. Bright, long skirts swirled, flat walking sandals beneath as she plodded down the dusty track and tossed her long silky scarf over her shoulder with a flourish.

Laure crossed the courtyard slowly, stopping to smell the lavender and dip her fingers into the bubble fountain with one hand, while dangling her plastic supermarket bag clinking with bottles in the other. She paused half way to catch her breath and looked up.

'Bloody terrace. It's so stuffy. We should be eating under the trees or up there by the pool tonight.'

'Yeh, we could, if we wanted to be eaten alive by mosquitos.' Great start, Laure, I thought.

The hum of conversation around me had stopped, I realised as all eyes lifted to check out our last guest. Not without that shock horror that belies presumption about someone just from her dress and demeanour.  It was less than judgemental, but close. Madeleine Peyroux oozed on, her voice melodic and soothing as the sun began to set and shadows lengthen.

'God, it's been a hot one. I'm dying for a drink.' she said, flopping into a wicker chair with a heavy sigh, dusty feet outstretched from her billowing, bold skirt to reveal crusty heels and puffy ankles. She pushed each sandal off unceremoniously with the toes of the other foot and kicked them into the corner.

The others had stood to greet her, straightening their skirts and smoothing their hair as if welcoming the local mayor. Etiquette was formal in this part of rural France. I had explained that my old friend, Laure, was a talented print artist, but had left it as enticing as that. A magnet for such diverse groups, drawn together like the murmurations of a million tiny birds, these early evening gatherings could fly or flop according to the alchemy of the guest list and the wine. Oddly, the food was less of a gamble.

'Guess you might need a top up too before we eat, then?' she said.

Glances were exchanged, limp hands offered, cheeks hovered for the obligatory bises. Maybe that elixir, that elusive ingredient, which is the creator of a wonderful evening was about to go rancid. Or maybe, the magical attraction of the eccentric Laure, my oldest and dearest friend in France, would just transform base metals into gold that evening. Her exuberance for life, her alternative and unconventional opinions, her bravery and creativity usually did.  ​ 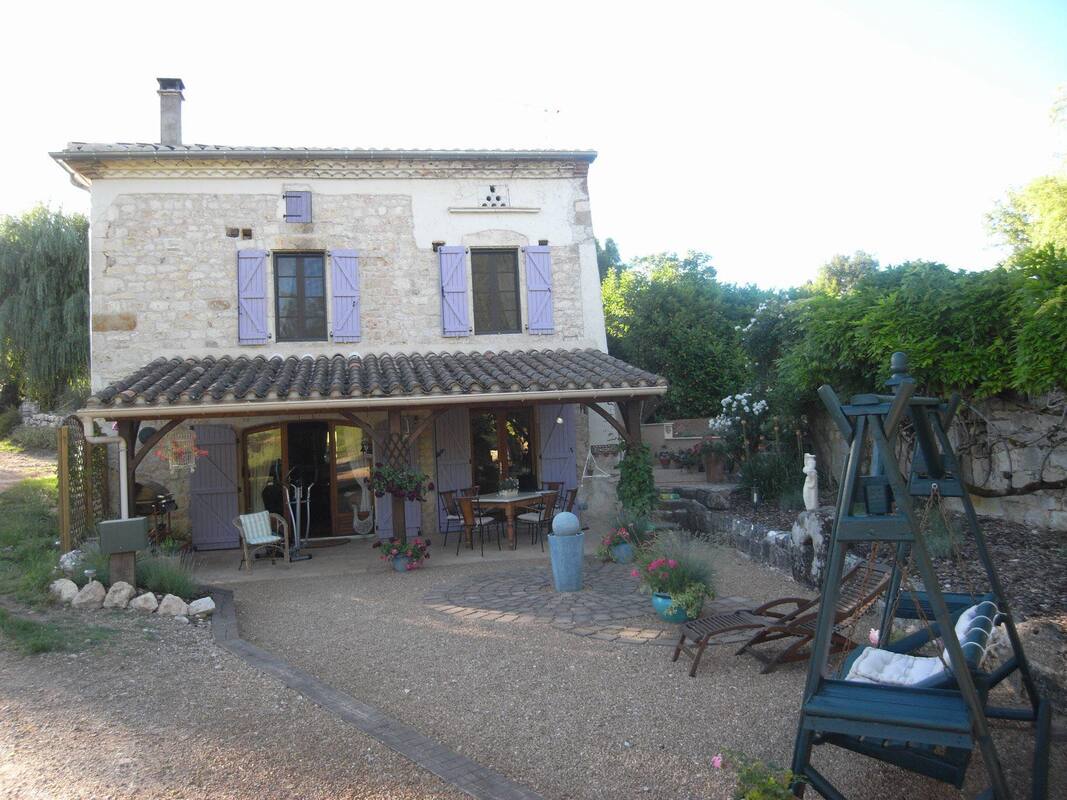 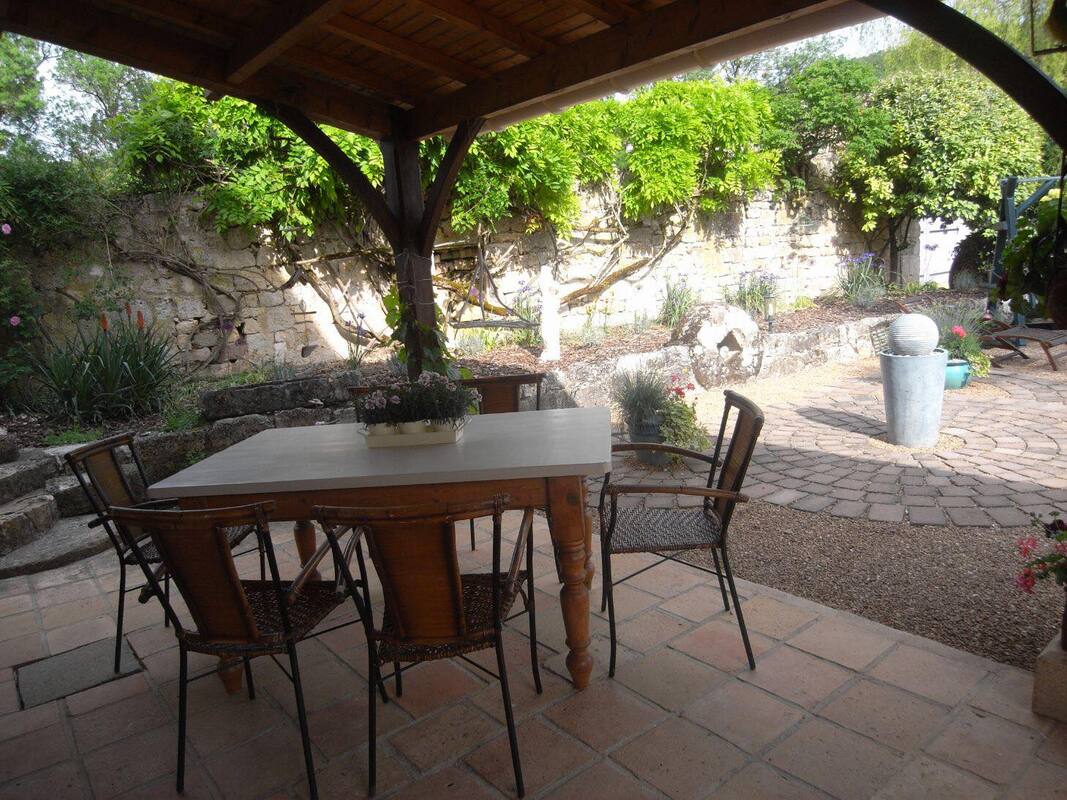 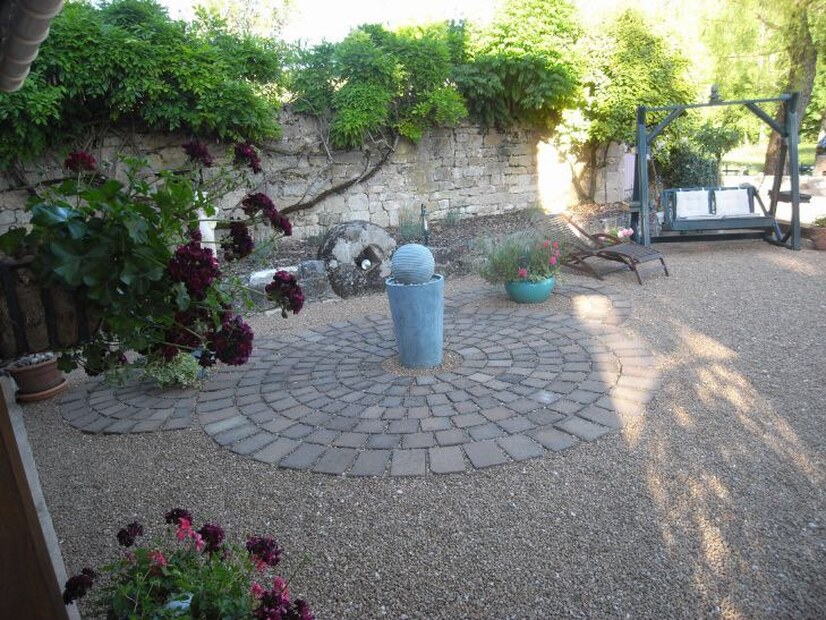 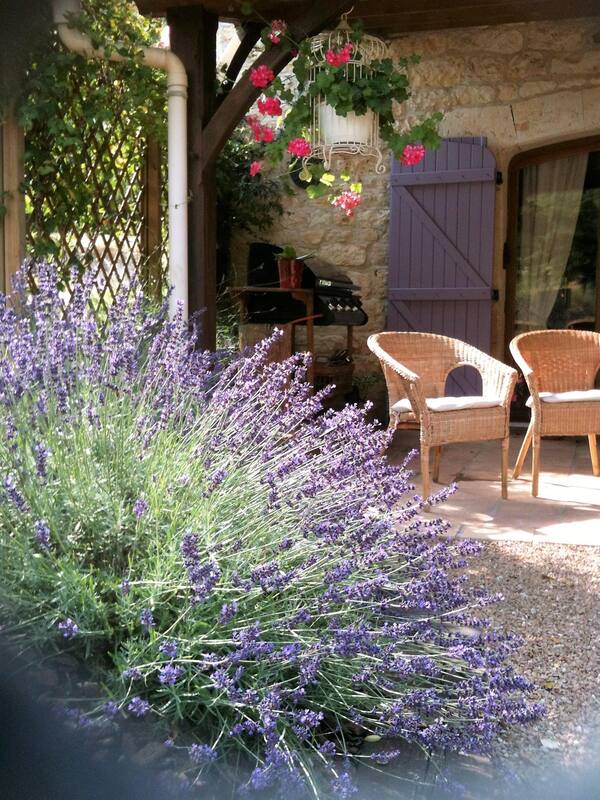 Photos of my French house
​