​According to Merriam Webster, tourism can be described as the practice of traveling for recreation, the guidance or management of tourists, the promotion or encouragement of touring, the accommodation of tourists.

It went further to add that tourism is the activity of traveling to a place for pleasure, the business of providing hotels, restaurants, entertainment, etc., for people who are traveling.

Travels and tourism goes hand in hand, but travels can include moving from one location to another for different reasons which ranges from day to day activities while tourism centers on traveling for pleasure or recreation.

Tourism is oftentimes regarded less important. In developed countries they prefer other industries may replace it as a means of generating income, by generating Gross Domestic Profit (GDP) from alternative sources. E.g. Energy industry, banking and insurance.

“Obu Gad” (Home of Gad) is believed to be the ancestral home of the Igbos; the south eastern tribe of Nigeria.

Below is the analysis of how “Obu Gad” came in existence.

Erites are the so called Igbos living in Nigeria who Igbo scholars reviewed that they are of the lost Hebrew tribe of Gad.

Eri According to Igbo scholars (NWA ERI) and authorities, Eri had 5 sons and 1 daughter.

Eri blessed and then settled each of his children in different places and left his firstborn at Obu-Gad (Compound/Camp of Gad) where Eri ended up settling and building a throne and altar in honor of his father Gad unto YAHWEH, the God of His father. Agulu inherited Eri’s Ofo (scepter) to rule over his brothers.

N.B: These places that the children of Eri settled is today names of communities in Igbo land.

“Obu Gad” has Kings, which when they died are buried in the compound of “Obu Gad”. The King of “Obu Gad” can be termed the Bible’s Melchizedek, in the sense that he is the highest respectable person in Igbo land.

His Royal Majesty Eze A.E. Chukwuemeka Eri, Eze Eri, Ezeora 34th, Eze Aka Ji Ofor Igbo was appointed leader of the Igbo-Israelites in West-Africa in May 1996, during a conference of king Solomon Igbo-Israelites (Bani-Israel) Federation, held in Philadelphia, U.S.A.

The “Obu Gad” otherwise known as “Iduu Eri Kingdom” has had thirty-four dynasties. His Majesty, Eze Chukwuemeka Eri, Ezeora 34th, Eze Aka Ji Ovo Igbo (he that hold the scepter of Igbos) is a descendant of Agulu (Agulu-Eri, Aguleri), the first son of Eri.

Tourists attraction at “Obu Gad” includes the memorial onyx stones for the sons of Israel as the lord commanded Moses (exodus 39:7).

The animal skulls seen inside Obu-Gad represents a historical fact that Eri was also a great hunter. He flaunted his skill after going for hunting. Those animal skulls in Obu-Gad are as old as what anyone can ever imagine.

The three giant Iroko trees with one root since 2980. It has behind it where kings of dynasties are buried.

The Olili-Obibia Eri Festival in honour of Eri at ObuGad palace, Umuezeora Enugu Aguleri is a festival that is being celebrated annually to mark the coming of Eri to Igbo land. It is always an awesome moments in the lives of the Igbos.

Oracles like the Igwekala of Umunoha community the Amadioha or Ogugu, the Chukwu of Arochukwu, the Agbara of Awka etc in Igbo land cannot be compared with “Obu Gad” it is like the highest court of appeal which tells the Igbos how they came into existence. Indeed, history keep nations and apart from recreation, tourism teaches us mysteries and new things worthy of learning. 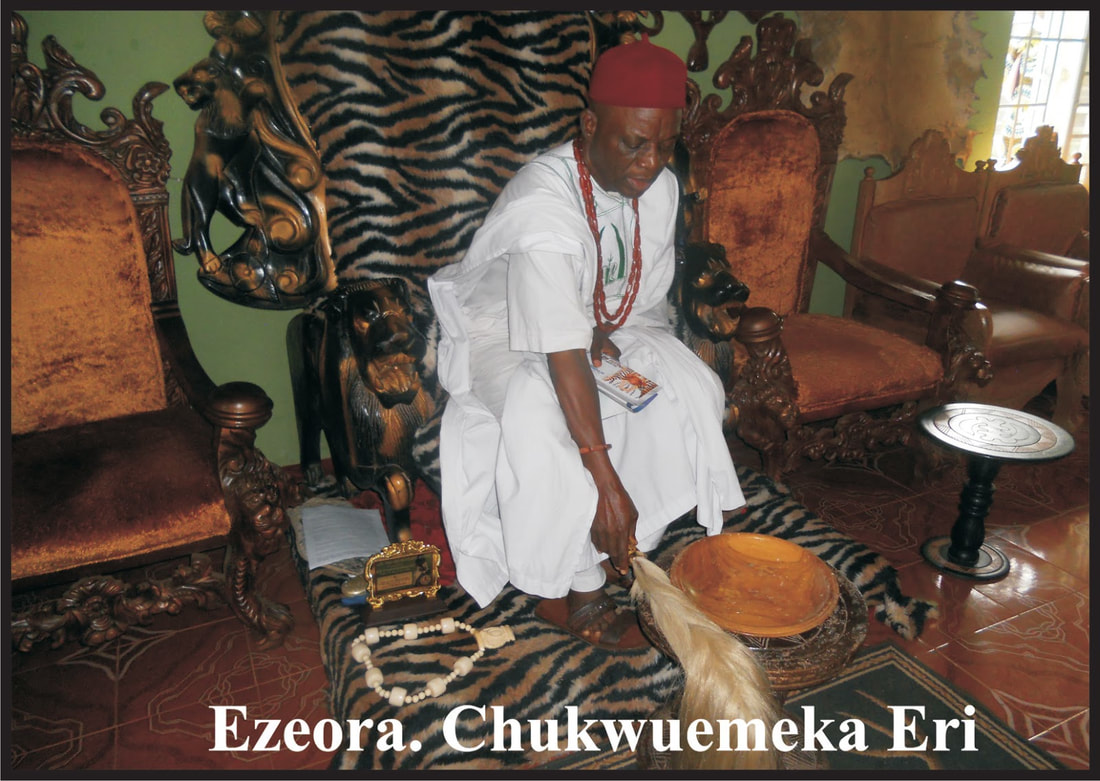 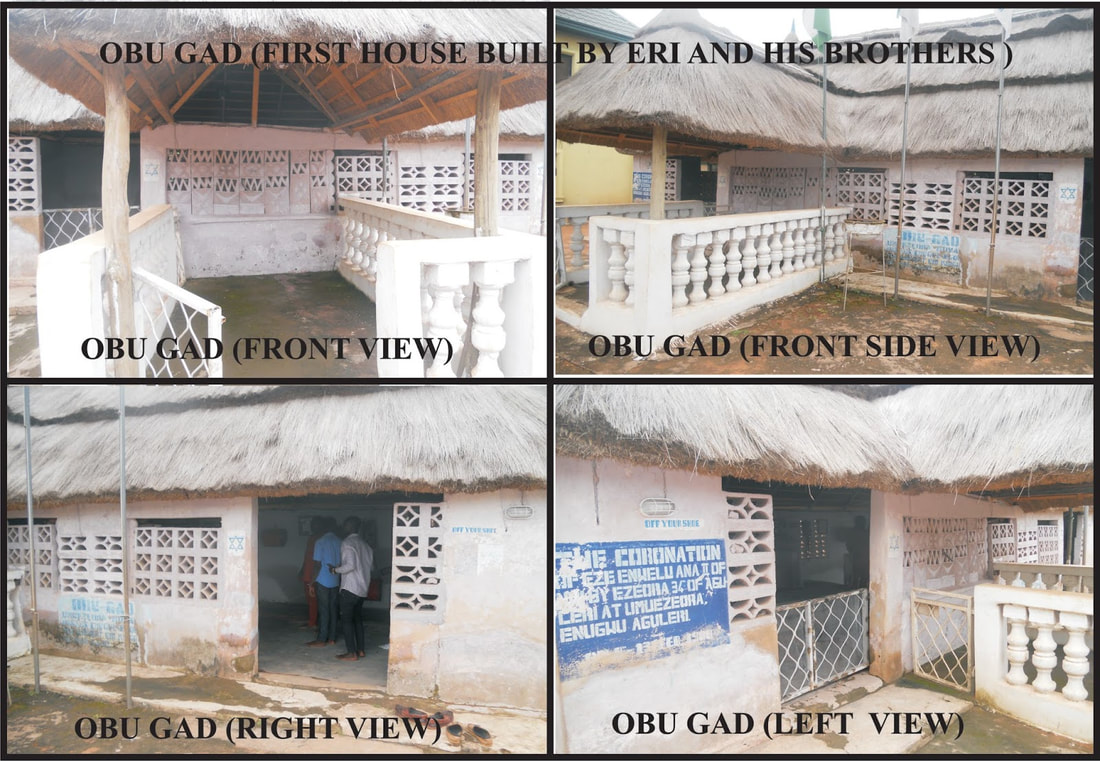 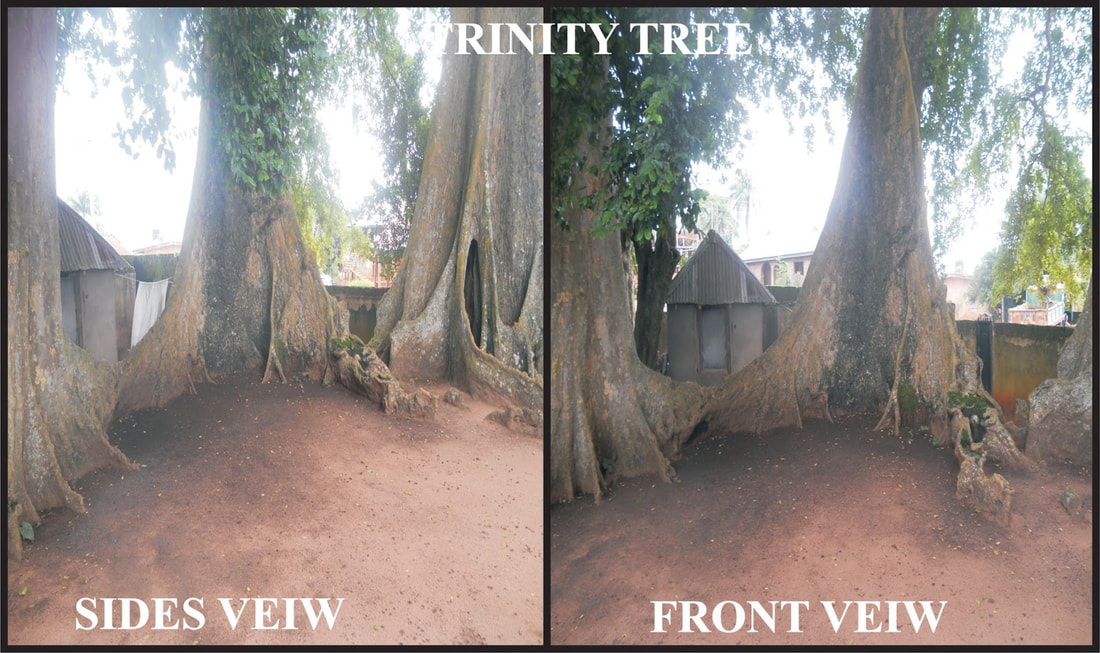