“Yes”, said Jerry when I asked him if he knew Bill Clinton at our first encounter at Marina Hemingway, Havana with my new dockside neighbor from Little Rock, AK.  Jerry Barry was an elegant and polished businessman in his early fifties who liked to brag about having his uniforms custom tailored during his military service.  His short and wavy silver hair gave him an image of respectability.  He was definitely in good physical shape. He was a hell of a sweet talker particularly around women of his liking.  Although he did not speak much Spanish, his smooth southern drawl had a powerful attraction on women like the music of a snake charmer.

My enquiry about his familiarity with the famous president of the United States was well justified since Jerry owned a reputable steak house in Little Rock, the capital of Arkansas, where Bill Clinton was Governor  before he became President.  Indeed, Jerry knew Bill well enough.  Well enough to have a special soundproof dining room, called the “Power Room”, built in his restaurant just to receive the Governor and his guests.  Well enough to have a large picture on the wall of his trawler of him and Bill, dressed in tuxedos, personally dedicated by the President in honor of Jerry’s birthday.  Well enough to have one of his companies catering for special events at the White House.

As soon as his dock lines were fastened, Jerry wasted no time at getting familiar with the modus operandi of Marina Hemingway.  Since I was his next door neighbor and spoke Spanish, I volunteered to be an ad hoc guide and consultant.  I must confess that, other than finding Jerry a very good companion, I had at least one selfish interest in volunteering my services, beautiful well aged Black Angus steaks.  Jerry had rigged a large freezer on the fly bridge of his trawler and guest what?  It was full of vacuum packed frozen porterhouses.  In my mind, having been starved of decent red meat for a long time in Cuba, these illegally imported beauties had more value once in Cuba than their weight in gold.

After touring the three pools, the five bars, the discotheque and the many restaurants and snack bars available around Marina Hemingway at the time, Jerry settled down into a daily routine.  Every afternoon, he would go into his relaxation mode. Wearing nothing more than his Panama hat and a skimpy swimming suit, he would be lounging in the fighting chair on the back deck of his boat, smoking Esplendidos, drinking Jack Daniels on the rocks, and listening to blues or country music blasting from his large deck speakers.  His music was loud enough to compete with the salsa music piped to the pool area next door.  It was his American way of giving the finger to the Cubans.  After all, competing with music is better for the whole world than with nuclear missiles.  Isn’t it?

One night, after a great barbecue feast on Black Angus, we settled down on Aventura to enjoy a few belts of 12 years old, Havana Club. Jerry once managed BB King’s Blues Club in Memphis, Tennessee and his favorite country singer was Patsy Cline.  So, that night, I had planned the evening and printed the lyrics of one of Jerry’s favorite songs by Patsy, “Crazy”.  So, after the dishes had been cleared up, I installed the Camcorder on top of the round bar, turned it on record, and settled around the teak table with Jerry and two local girlfriends. We went on singing “Crazy” at the top of our lungs over and over again until our voices gave up, the tape ended and the bottle was dry. Frankly, I don’t remember what came first.  Around noon the next day, after the alcohol fumes had evaporated from our still dizzy heads, we had a good laugh listening to our completely out of tune voices.  We were no competition to Patsy.

After spending a couple of weeks checking the place out, Jerry started making a list of what he missed to make his life more comfortable in the marina.  He generously encouraged me to make my own list.  His idea was to make the place more hospitable in order to invite some of his political and business friends to share these illegal and historic moments.  It would soon become political enough when I found out that prominent civil servants including congressmen were on his “hit list”.  He was setting up a political trap, an ace in the hole for the future.  With that goal in mind Jerry sailed for Key West to get resupplied.

He came back about three weeks later with a freezer full of porterhouses again and an assortment of garden chairs, tables, gazebo tents, barbecues, ice coolers, and not the least, a brand new Honda Shadow 1100 cc motorcycle.  He had bought this motorcycle because he had found out from neighbor sailors who rode their motorcycles in Cuba that you could temporarily import and license a motorcycle for the duration of your stay in Cuba.  The plates had to be turned in and the bike put back on the boat when you left whether the boat stayed in the marina or not.  If you flew back and forth, you could ask for new temporary plates when you came back.   We found out later that these very special customs rules had been put in place to attack mega yachts to the Marina with motorcycles and cars on board.  Afterwards, we met in the Marina an American millionaire who owned such a yacht and saw with our own eyes his car being cranked down to be used in Cuba, Jerry was convinced that we could temporarily import our cars as well but not on our boats that were much too small but in a container.  We decided to test the system.  I will write separately the details of this incredible saga.

When I saw Jerry practicing turns in the Marina with this monster Honda, it dawned on me that he had never ridden a motorcycle before in his life!  Jerry was showing his character as a risk taker and an adventurer.  Let’s face it.  That is why, like most of us, he had come illegally to Cuba in the first place.  We were all knowingly treading in virgin and unchartered territory. That was exciting!  Unknowingly though, we were about to test the inflexible Cuban communist system. 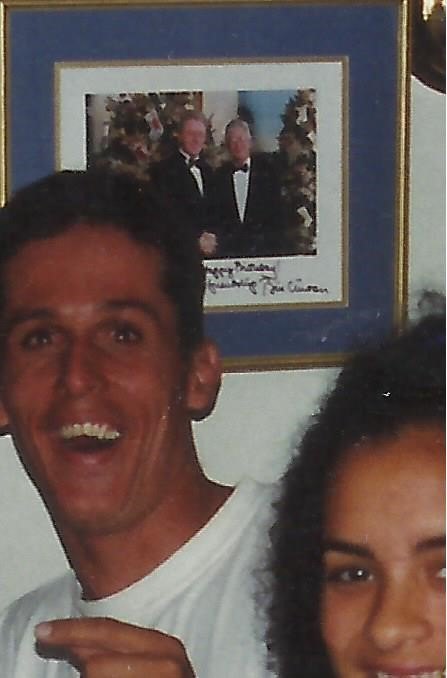 Dedication on the picture: “Happy Birthday. Thanks for your friendship. Bill Clinton” 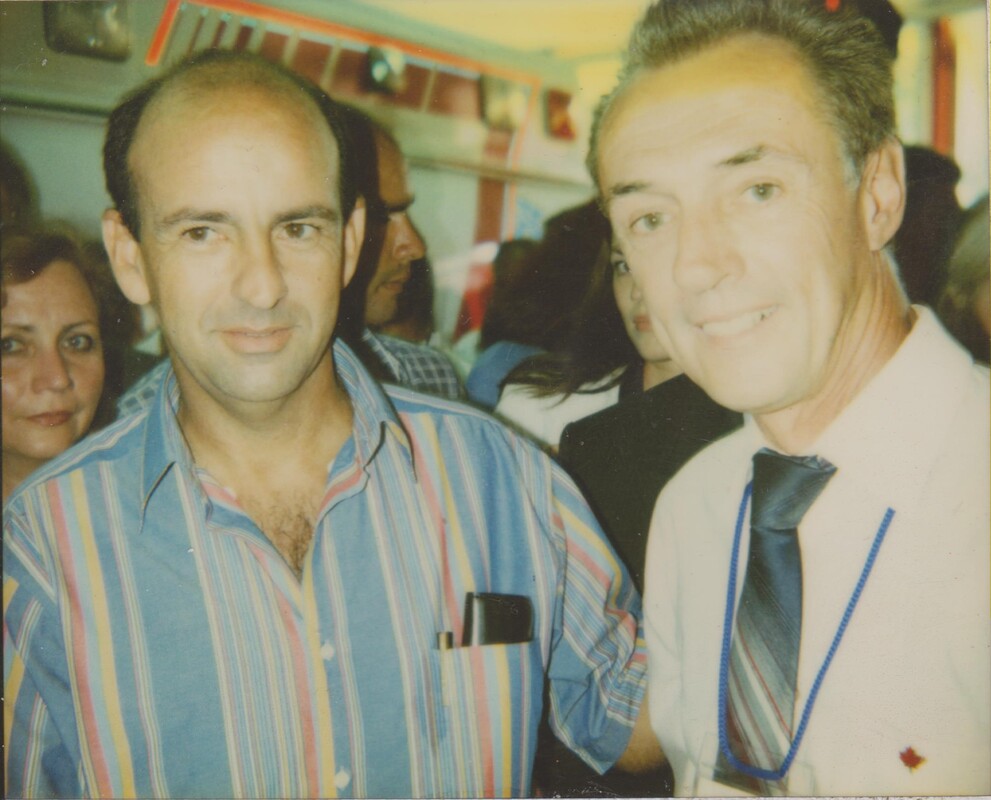