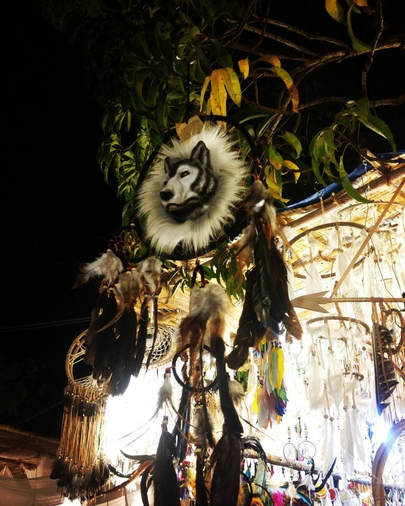 Arpora Flea Market, Goa, India
My friends and I were walking in a pleasant open-air flea market on a Saturday night at Goa which had arrays of goods, food stalls, colourful jewellery, cocktails, and DJ’s. The mixing of people, tastes, smells and colours with a backdrop of Goan trance music and lighting effects were just perfect. Goa was one among my travel checklist and I was enjoying every bit of it. I always get attracted to the vibes the places or people carry. It was one such positive vibe which the night gave us.

Colonized by Portuguese over 450 years, this city is referred to as “Rome of East” is the most westernized, youthful and happening destination in India. Goa is enriched with the cultural heritage that includes folk songs, dances, music, visual arts and folk tales. One also gets charmed by a series of Christian monuments that reveal some of the most attractive architecture. I was just mesmerized by the beauty and the vibe this city carried.

Certain things catch your eyes just like a dream! It was one of such kind, the rarest, the scariest yet which made us click this picture! Dream Catcher is a handmade willow hoop originated in Native American culture. Some say that good dreams pass through the hole in the centre of the web while bad dreams are caught in the web. The good dreams will flow down the feathers to the person while the bad dreams dissolve in the daylight. Such a beautiful thought isn’t it? But whoo this catcher was a scary wolf! As a normal human race, I judged it. Thought how could this scariest looking thing protect us from bad dreams?! ( All ugly and scary looking things and people are judged the same way isn’t?) .

I was struck in thought; A dream is a wish your heart makes. Sometimes it is the rarest and scariest just like the Dream Catcher which we saw but yet there is something which makes us go near it, chase it, achieve it and never stop dreaming about it.

I could correlate it to LOTUS the most beautiful flower which emerges from a murky pond still is a symbol of Purity, Patience, Majesty, and Harmony. Lotus had its own way of telling the story to the human race. It said " I am always surrounded by murky water, I could have blamed saying that I am not surrounded with fresh water but I chose to rise above all murkiness and bloom in a way that I am considered to be sacred and auspicious. Isn't it?

There might be most beautiful personality hidden in the ugliest person, greatest success coming along the toughest battle, strongest person emerging from a softest heart, happiest destination coming through the scariest path. So that night I realised life may unfold your happiest moments through toughest battles so never quit.