The sun burns the countryside all day, giving the town a heavy morning, and a scorching afternoon during which every creature hides in its shady hole – still, without the energy to raise its head. The country sleeps with the tiredness of the heavy sticky air.

When comes the end of the day the heat lifts and the birds wake, their song creating a second morning – not as bright a one as the first though, as every living being moves with a slow, unhurried drowsiness, in lack of a gust of cool air.

But there would be no better time than this to go out and face the sun, so I slowly walked from the house, my shoes sounding loudly on the brick road where the only other disturbances were that of occasional impromptu gatherings of individuals commenting on their neighbour's day.

Then I came to a three-way fork. I took out my phone to look for directions to the Mirador for which I was bound, but the GPS didn't seem to function here. Right looked like it went up, but so did left. I took right. The road curved a little then ended in los llanos covered in the dry grass with the occasional brave but withering poppy. The largest patches of colour, however, consisted of the ochre coloured dust that played the role of soil where it wasn't compacted by the immutability of air and time into rock.

I had a view across to the houses on the opposite hill. Usually they were white, – too still and drowsy to make anything less plain of themselves – but now the sun, beginning to set, gave them colour, adorning them with a new character it created. This was much like the way the sun burned and dried the land so that no plants could compete with the fields of olive trees which extended over the whole rolling valley giving shade and rich oil, as well as bearing witness to the peaceful calmness that reigned.

As I turned I saw, all around, small beauties highlighted by the sun's palette, they took the form of rocks and caves, plants and flowers, fields and villages this marvel continuing on and on as far as the eye could see over los llanos, and, in the other direction, until the horizon broke on the peaks of the Sierra Nevada, now shadows in relief before the sun bidding goodnight to all the countryside it never left in neglect.

I felt the colour of the sun and the space called to me. I started off at a good pace down the trail before me, but quickly broke into a run. On and on I went, faster and faster, creating my own wind to spur me on, though not hesitating to stop if I saw a new kind of flower or thought I heard the scuttle of a lizard. Then, after wished it a very good evening, I would continue, the course of movement unbroken.

When I reached a dirt road (which seemed to have been the middle branch of the fork) I stopped because there was not far away, the gateway to a country house. When I stopped I realized that I was missing my ponytail holder from the end of my braid. It must have fallen off during my jaunt and now be lying somewhere along the trail. Well, it was old anyway, I reflected. I unfinished the already started job of unbraiding my hair as I watched drive up to the country house and the family inside the house come to meet the one arriving in the car. My braid undone, I shook my hair loose and let it flow free. The families embraced with the warmth only combined ties of blood and much shared idle time could produce. I turned to head back to the village, but looked over my shoulder once before bounding on forward; the sun now was so low now it was directly behind the house making a bright ring around it.
​
Andanza - This could translate as wandering, but the definitions are not identical. The noun « andanza » also signifies an adventure or a personal journey.
Mirador - Viewpoint
los llanos - The plains 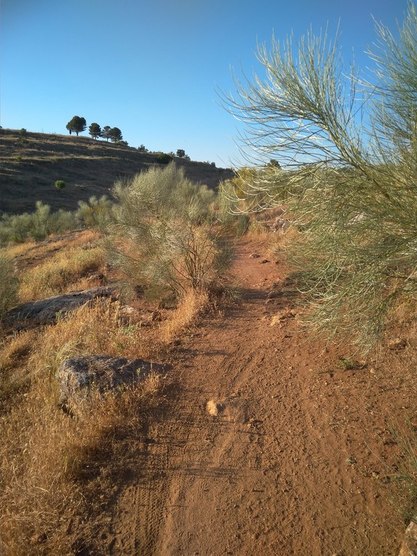 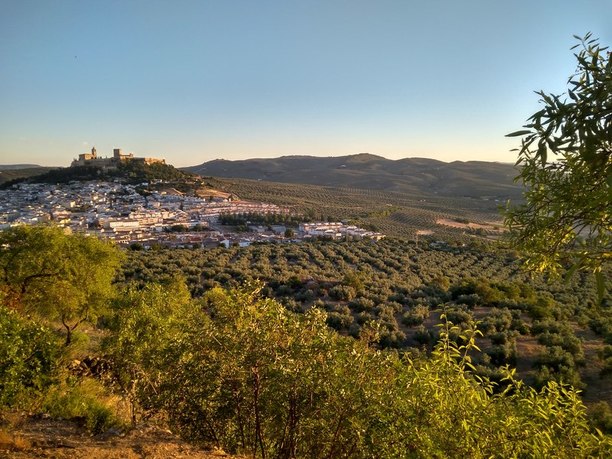