​All that glitters… by Nick Albert

Chapter five
The police were called, but by then it was too late. The fire exit opened to a back stairway, which led down to the rear car park where the decorators had parked their van. It was their first day on the job, and they never returned.
I was interviewed at the police station. The questioning went on long into the night. I was just a witness and an unwitting victim, yet I couldn’t shake the feeling of guilt. Although I had been tricked and manipulated by a team of expert grifters, I felt I should have seen through the scam. The shame and betrayal still burns in my gut as hotly today as back then. As for the police, they made several vague suggestions that I had somehow been involved. I could only plead my innocence, which was eventually accepted, but nonetheless, I imagined them making a note in my permanent file for future reference.
As I was leaving, I spotted Mr Sykes in the waiting area. He looked angry and ashen-faced but greeted me with a kindly smile and a comforting handshake.
“I’m so sorr–” I began, but tears overtook me.
Mr Sykes held up a calming hand.
“Not to worry, the shop is well insured. Anyway, it’s not your fault, Nicholas. We’ve all been conned by that dreadful man and his girl.” Gravely, he shook his head. “Imagine pretending to be upper class. How dare they!”
Mr Sykes put his arm around my shoulder.
“We will speak of this no more,” he said. “Come on, Nicholas. I will drive you home.”
And that was the end of the matter. Well, almost…

As it turned out, the majestic brilliance of this, albeit heinous crime — its meticulous planning and exquisite execution, was all for nought. A month later, the same team of crooks were caught attempting a neanderthal smash-and-grab after throwing a paving slab through Webley’s window. For this, and several other crimes, they went to jail for five years. Although Mr Sykes’s briefcase and jewellery were never recovered, justice was finally served and I learned a valuable lesson — all that glitters is not gold! 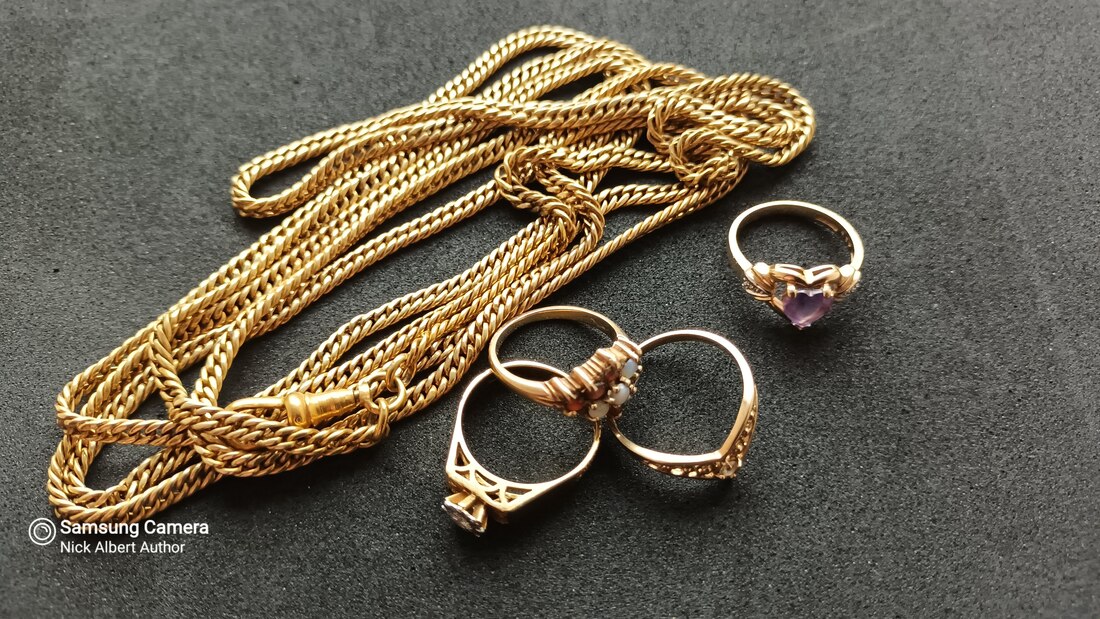