“With this acquisition, we will hit the $10 million club,” my younger brother, Mario, exclaimed as he headed off to celebrate on his vacation to Sri Lanka in February 2020. I had gone into business with him seven years earlier with a plan to build a network of three travel agencies and reach the $10 million mark in sales. We had stuck to the plan, acquiring two agencies that had been in distress, and building them up into a successful, debt-free, and integrated travel business that had fed our families, given us opportunities to travel the world, and was to be a nest egg for us, as I was planning to head into retirement at the end of that year and hand the reins over to my brother. Now, the third acquisition loomed to complete our strategic plan. But, did I detect hubris in his voice?

The new acquisition was supposed to close on March 15th 2020, the day before Mario returned – all “tees” had been crossed and all “eyes” dotted. Then warning signs started playing out in the news. People were falling sick everywhere, many were dying from this mysterious disease that had originated in China. In the first week of March, international travel was “discouraged,” then banned outright the following week. Returning travellers were being quarantined, many displaying Covid-19 symptoms, scaring others from venturing out of their homes, let alone on planes and cruise ships. The travel business went into a vicious tailspin, like an airplane sucked into a lightning storm.

When Mario returned, tanned and oblivious to what was going on in the world after being on a beach, I had to break the news to him that there would be no acquisition, and in fact, we would be shutting down our existing branches as well. Then I had to do the unpleasant work of making that a reality, as he was quarantined for two weeks and taken out of active duty.

What followed was painful. I laid off all our staff, except for one brave soul who volunteered to stay on and handle emergencies, re-bookings, and refunds. I closed both offices. We shut down the third travel agency deal, for there was nothing to buy or sell now. Weeks of dealing with paranoia and fear followed. Pedestrians gave us wide berths on the street; masks started popping up everywhere, and people complained about wearing them. Toilet paper disappeared and then re-appeared. And every month, our travel agency operation haemorrhaged money on the cost side of the ledger, while the revenue side remained a big fat zero, even dipping into negative territory when suppliers clawed back monies we had already earned.

Mario, unfortunately, did not recover from his forced lockdown. He started to develop aches and pains. Given that he was gregarious and a hypochondriac at the best of times, I didn’t take him seriously at first. I knew though that he had been devastated by the shutdown of our business and the loss of the acquisition on which we had worked so hard and had been so close to clinching. Don’t they say that psychological shocks trigger off other things in us? He started going for medical tests, including Covid-19. Many tests turned out negative and a few were kept pending as access to medical facilities was difficult for anything but Covid-19. Through it all, Mario kept up his optimism that all this would be over in a month (or two?) —after all, he was born on Donald Trump’s birthday. However, when June rolled around, we knew we were in for the long haul. His gloom deepened.

Also in June, five days after his birthday, Mario got the verdict of the remaining tests that had taken longer than usual to process. He was diagnosed with metastasised cancer in his bone, lung and colon. Defiant as he had been since childhood, he vowed to stay positive and fight. I prayed for him. Exactly a month to the day he was diagnosed, coming off five daily doses of radiation and his first bout of chemotherapy, my brother succumbed to a massive cardiac arrest.

I worked through a daze after that. My retirement plan was in tatters, my successor gone. And the irony was that nobody in my family and work circle had contracted the foreign disease that was supposed to kill us all, and that had caused this shutdown. We were dying of “known” diseases, but in this Covidian period, they had taken on menacing proportions.

As summer moved into fall, I made my decision. I was shutting down the business. I was not having fun any more, the dream was dead, and I wanted the financial haemorrhaging to stop. I gave notice to everyone who needed to be given notice to. This also brought to the table a lot of younger entrepreneurs who were seeing opportunity in this pandemic. “Buy and hold” was their strategy, while mine was “walk away from the bad memories, even if it loses money, for in the end, it is only money.”

I finally sold the agency in January 2021 for a fire-sale price, but unlike my brother, I didn’t pop champagne corks. I took a walk down to the beach on that winter’s day and wished goodbye to my life in the travel industry and to the end of the $10million dollar club dream.

What I have taken from this year had been that life is too fragile and that planning is indeed for the birds as they say, one sneeze in another corner of the world can foul the best made plans. I know others have suffered worse calamities than me, and something darker may still be looming ahead, for we aren’t out of this yet. But this is my story.

I intend to make the best out of retired life and never put off things that I have wanted to get done. In the fall of 2020, I published a novel that I had been hesitant about due to its dark subject matter – but how much darker can we get under this cloud of pestilence? I let it go into the universe, perhaps it will garner readers. And then I wrote the family memoir that had long eluded me – this short story is an abbreviation of that longer one. I also have just completed the first draft of my “pandemic novel” – after all, something creative must come out of this period, life must transcend into art.

As for Mario, when I meet him on the other side, I want to give him some big-brotherly counsel: “Remember, Mum’s advice? We shouldn’t have counted those damned chickens yet – there was a bat lurking in the coop.”

This is a true story. 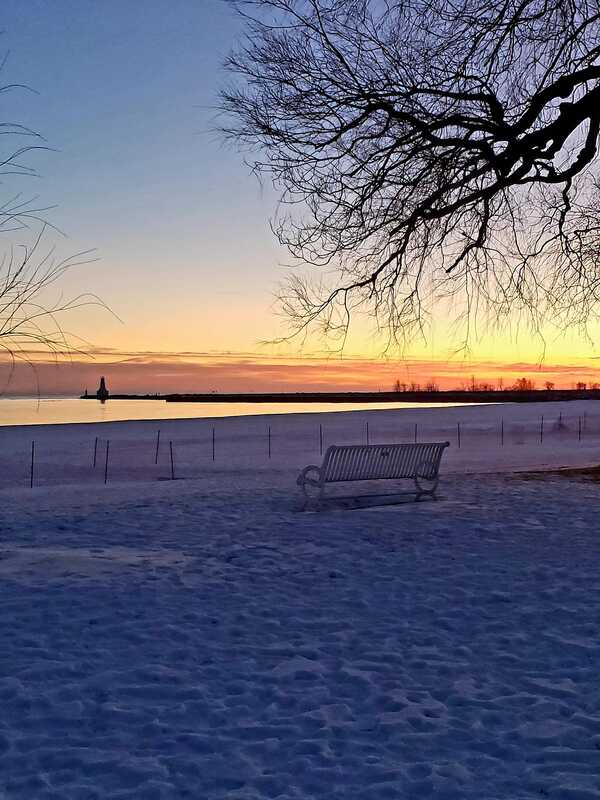 My Walk in the Snow