​Life on the Ocean Wave by Helen Bing

I am a cruiser. I love going cruising. I like a cruise that’s going to take me to places new and with people that share similar interests. I’ve been lucky so far on both counts. I prefer smaller ships by todays standards - under two thousand people is just nice. If you can manage around six hundred or so, all the better. The other thing I like is the unpredictability of cruising. Sure, you have your itinerary, but the weather, political upheavals and safety can change things.

On one trip, we were supposed to go to Acapulco. Sometime, around the Panama Canal, it was decided that it was not safe enough for us to go there, so there was a change of ports. Instead, we got to go to Manzanilla, Mexico. That was just fine. It turned out to be a lovely port where we did our own thing, checking out the local market, getting our US currency changed to the local money in the supermarket, (which turned out to be a good move as their exchange rate was much better than the bank or the ship), and generally admiring the pelicans, the statues that adorned the seafront, and the beautiful bay.

But one of the highlights for me though was the sea trip up the Central American coast. The colour of the Pacific Ocean was such a wonderful deep shade of blue. The waters were calm and the temperature was perfect. Then there were the flying fish. There is something quite special about these wee fish that fly out of the water and skim over the surface. And then you get shoals of them leaping out all at once, their silvery bodies flashing in the sunlight. It’s the ship that disturbs them. They come flying out from the sides of the bow, getting away from the monster that is invading their waters. Just as you’re enjoying watching the fish, a more sinister element invades this tranquility - the Booby bird. A bird designed to hunt and a bird well skilled in diving. They come in large groups to scour the waters looking for fish. The flying fish are an easy target as they skim over the water. From high over the water the bird’s shadows cause the fish to panic. The birds prepare to dive. Their long pointed beaks are ideal for snapping up fish. They spot their prey, fold their wings back, and dive head first into the water, barely making a splash. More often than not, they re-emerge with a fish in those beaks.

And what are we all doing on the deck? Cheering the fish on, of course. Those wee fish are so clever. They spread their fins to become wings allowing them to travel long distances over the water. But this is not the end of their skills. With a flick of their tails, they are able to turn, helping them to evade the on coming birds.

More cheers from the passengers now crowding along the rails as yet more fish outwit the birds. It’s something so special to see. It’s Nature at it’s finest and something I’d never have had the chance to see in my normal life. We’ll be in port tomorrow in Puntarenas, Costa Rico. I know there will be special things to see there as well. How lucky can a person be? There is just something so special about cruising! 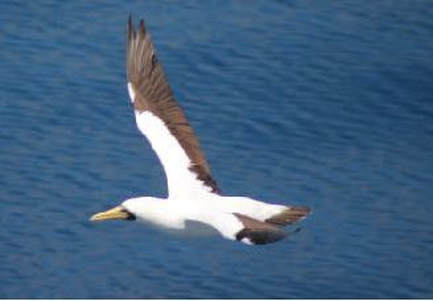