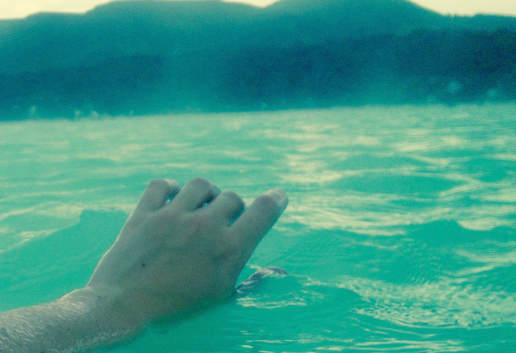 Who am I, really?  That was the question on my mind when I arrived in Iceland.

My semester abroad in Paris had just ended. It was the first time I’d lived by myself, let alone abroad. I had felt more, physically and emotionally, than I’d known it was possible to feel - exhilaration and exhaustion, fear and triumph, love and loss. It was blissful, but I had little time for reflection. Leaving France proved incredibly difficult, as I felt I was leaving behind not just a country, but a new world that I’d built completely for myself. Which changes that I’d noticed in myself would be lasting? What lessons had I learned? How would I integrate back into a life I felt I’d all but forgotten, or, upon returning home, keep the memory of my experience from fading into little more than that of a particularly vivid dream?

Well, I didn’t go home. Since my Iceland Air ticket from CDG to JFK was the same price with a 36-hour layover in Reykjavik as it was without, “halló, Ísland!” it was. That decision felt better when I purchased the tickets than it did when I arrived at Keflavík International Airport, but I arrived, regardless, halfway between France and America in more ways than one.

This already confused state of transition aside, I think Iceland still would have seemed a bizarre and disorienting place. It was the first day of summer, yet it was forty-five degrees and sleeting.  At 11:00 p.m. it was still fully daylight, and on the news there were solemn considerations of the opinions of elves. Not to mention that my brief ride from the airport to my hostel took me through landscapes that looked less like Earth than the surface of the moon. The black, craggy rocks and nearly fluorescant green summertime mosses I saw harken back to Iceland’s volcanic birth, as does its high level of geothermal activity, and most of my time in Iceland was spent touring features of this natural history.

The first night, I spent some time exploring colorful and art-centric Reykjavik, sampling local delicacies like whalemeat and marvelling at how Icelanders all seemed so jolly and relaxed, in stark contrast with the extreme and often harsh environment in which they lived. For my only full day, however, forty or so retirees of various nationalities and I hopped on a charter bus driven by a man who looked every bit his Viking roots to tour Iceland’s greatest geological hits, commonly known as the Golden Circle. Suited up against the freezing rain, we snapped photos of Iceland’s largest waterfall and queued up to stand in the spray of the world’s original geysir. We visited Þingvellir National Park, where a visible rift in the earth’s crust is widening and new earth is emerging as the Eurasian and North American tectonic plates gradually drift further and further apart. And of course, despite the cold, we stripped down to our swimsuits to swim in Iceland’s iconic Blue Lagoon, a semi-natural hot spring whose milky blue waters steam in gigantic pools surrounded by black volcanic rock.

It was a surreal experience, and as it turned out, surreal was exactly what I needed. Iceland became, to me, a portal between two worlds. Emerging from the lagoon’s pools, I couldn’t help but feel I had bathed in the waters of the earth’s womb and been reborn. In this wondrous landscape of infant earth, only just pushed up through the cracks in the earth’s surface, I found a mirror for my own still-forming self. And its beauty could not have been clearer.

My months in France presented me questions; my passage through Iceland left me feeling more prepared to answer them.  I hadn’t come away from my life abroad with all my souvenirs, literal and figurative, neatly organized and gift-wrapped. I’d just stuffed them all in my suitcase and left them for a later date. But that was fine; I would pull out my baggage and figure out what to do with it at home. Some parts of myself would change and some memories would be lost, but if the earth itself could continue to change and evolve, then certainly so could I. When I did finally arrive in New York, I no longer felt the despair of having to end the life I had been living in Paris, but rather the excitement of continuing a life in which those experiences had played an important part. ​