My husband is still a mystery
​I wish I had known my husband, Harold Robert Helfenstein as he grew up in England. The family photos reveal a broad-shouldered, fair-haired, handsome young man, confident, and well-bred. His siblings included a sister, Lottie, two years older and a brother, Jack, four years younger. A second brother, Marc, arrived after the war. His parents were of Swiss background.

The early years were to be the easy years. Harry’s parents had known each other since they were teens in Switzerland, but job opportunities drew Pa to Britain and Manou soon followed. She told me later she sometimes wondered if she would ever feel British, but like most immigrants, they became completely fluent in English; and parents to four. They lived in a very substantial home south of London and life originally was very good I gather. But by the late 1930s the world had changed.

I imagine Manou and Pa spoke Swiss German to their children until the war broke out, and also, as each child escaped the cradle and grew tall and strong enough to ride bikes, play tennis, and even ride horses with their English friends, they always spoke English.

When the war broke out in 1939, they were living in Carshalton, Surrey. There they experienced war, the noise of enemy planes, young men signing up, many never to return. Food rationing, potatoes only for the troops, gas limited for business use only, but still children attending school. When enemy bombers -escorted by fighter planes came overhead often at night, Harry and his siblings scurried under the heavy dining room table, heads first for protection, and when the bombers came even closer, their mother would join them and their dad would stand in the nearby doorway that held up main beams of the house. That same dining room suite is now in Canada, in Cobourg, and will remain the centre piece of many more family meals for the next generation.

Three years later Pa’s company moved north, beyond London, and the family followed, though they could still see London burning in the horizon. They moved into a house called Morris Cottage, in Much Hadham, its history going back to the 1600s. Life was grim but life continued for the lucky ones.

Towards the latter part of the war Germany released its last gasp, sending over unmanned flying bombs, the Brits called the V-One Doodlebugs. “As long as we could hear them,” Harry later told me, “we were all right. But a sudden silence put the fear of what might drop out of the sky. Even more dangerous was the introduction over Much Hadham.”

Meanwhile, I was born in St. John’s Newfoundland six years after Harry, and despite enemy submarines determined to destroy American and Canadian ships slipping through the Narrows to deliver troops to do battle in Europe, during that same period of time, today I only remember watching my dad building blackouts for our windows. Little did I know those were busy years in St. John’s as thousands of American soldiers arrived regularly for final preparation before boarding ships that would take them across the Atlantic at the narrowest point.

When I met Harry, he spoke little of his memories of growing up in England perhaps because I knew so little of England and even less about living in a country at war. Since my growing up years were anything but exciting, I rarely brought my early days up either. But with the “Bubble Life” we have all been experiencing in 2021 Harry has shared those war years.

“You took riding lessons, really?” I demanded.” (I wasn’t so lucky.)

“Who were these girls, oh at college, and who was the one in Switzerland?

What, you eventually travelled to Wales? You were with your Dad, in Scotland? Only you and your Dad?” Even the Doodlebug, the bombers, and London burning slipped into his stories.

All those stories are now shared, in our 62nd year of married life. The screen has been pulled back and I begin to see my husband over those years when he was a boy and teen. And I relish those stories.
~~~~~
While England was recovering post 1945, Harry was to travel to Switzerland to experience life as Swiss farmer. His Swiss grandmother was horrified, but the experience did not deter him despite the fact he soon discovered how rugged farm life could be. He returned to England, determined. Fortunately, he was able to get into a demanding program at Merrist Wood College in agriculture and horticulture near Guildford in England, but that was preceded unfortunately after a close call with a scythe that required extensive surgery performed by a refugee surgeon from Europe. Regardless, Harry aced the programs at the collage, graduated No.1 in the program and was ready to farm. His destiny lay ahead.

He would head to Canada and celebrate his 21st birthday in style at sea during the crossing—landing in a port across the St. Lawrence River from Quebec City. There he learned the Canadian government would be taking all his belongings except the clothes on his back; it was 1952, ‘foot, and mouth disease’ was causing worldwide fears, and they explained anyone who had visited or lived on a farm that year was suspect. He was allowed to travel on by train to Toronto, while his clothes were being treated and they arrived a week later. It was then he was ready. His Canadian adventure had begun. 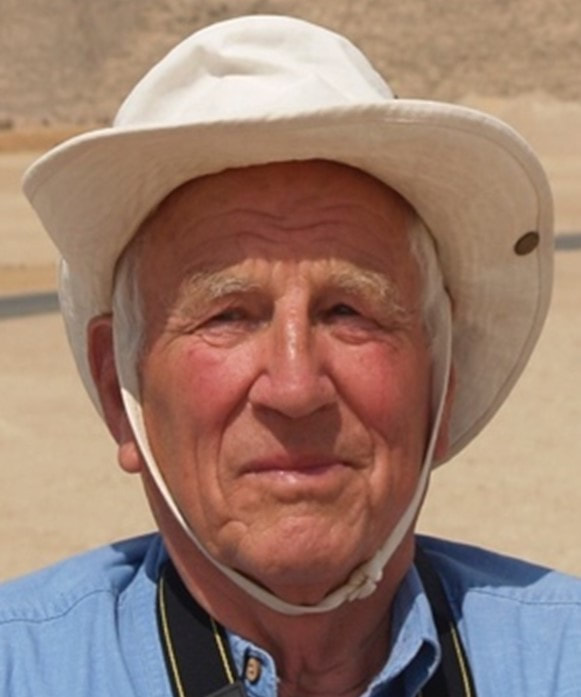