​Golf on the Dunes by Frank Kusy

The night train to Jodhpur was quiet. ‘Ooh, this is nice,’ I thought happily. ‘A whole compartment to myself? That’s unheard of in India. I’m going to do a special chant to celebrate!’

But just as I retrieved my Buddhist book and beads, and the train began to leave the station, I heard a sudden clattering of footsteps outside on the platform. And out of all the empty carriages on that train, a very smart, very sweaty Indian businessman chose mine to jump into.

He looked at me and I looked at him. And then I chose to ignore him and put my hands together and started chanting. Well, he seemed to find that fascinating. Instead of respectfully sitting to one side, he sat on the bunk bang opposite and stared at me with two burning, coal- black eyes.

It was the weirdest experience of my life. ‘Nam myoho renge kyo, Nam myoho renge kyo,’ I intoned sonorously, but I wasn’t feeling celebratory anymore. Because instead of the nice heart-shaped spot on the wall I had chosen to chant to, I now found myself concentrating on the bright red tikka dot between this guy’s eyebrows.

A mood of stubbornness overcame me. ‘How rude!’ I thought angrily. ‘Well, I’m not having it. I’m going to chant all night long if necessary.’

Fortunately, it wasn’t necessary very long. Half an hour later, at the next station, my strange companion jumped up as suddenly as he had arrived, and made to leave the train.

Just before he did so, however, he paused and looked back.


My reasons for being back in Jodhpur were twofold. Firstly, my old friend Col Fateh Singh had arranged an interview with the Maharajah there. This was an opportunity not to be missed. Secondly, I had got wind of a cache of valuable Maria Theresa Austro-Hungarian thaler coins going cheap in the night market. I wasn’t going to miss those either.

The Maharajah, when I was introduced to him, did not stand on ceremony. ‘Ah, Mr Frank Kusy. You are the English travel writer, yes?’ He was wearing a wide red and white polka-dotted kurta top and a big, moustachioed grin.

I didn’t know quite how to respond. Should I bow? Should I genuflect? Should I offer to kiss his ring? Fateh hadn’t briefed me at all.

‘Pleased to meet you...your Majesty,’ I said lamely, stooping a bit to show a degree of reverence.

‘Call me “Bubbles”,’ said the portly young royal, laughingly offering me his hand. ‘All my friends do.’ 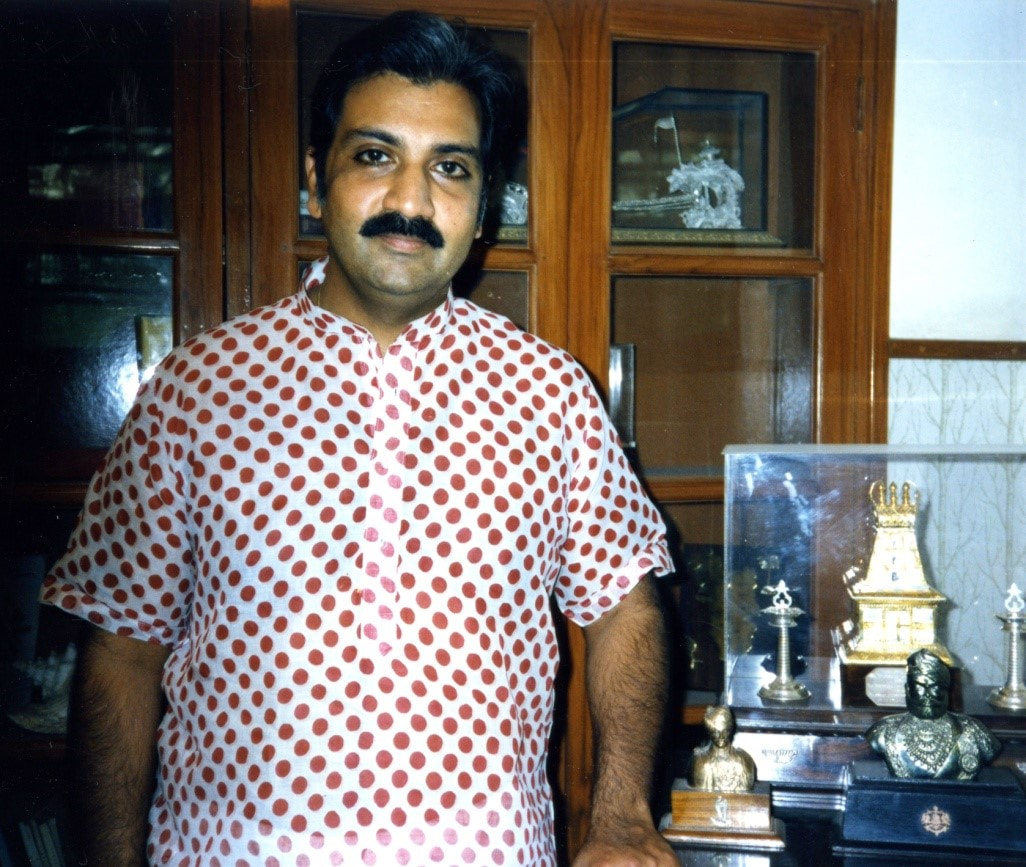 We were sitting in his small private study at the back of the stately Umaid Bhawan Palace, which now doubled up as a hotel. A very serious-looking servant had just brought in ‘real English’ tea and Bubbles and Fateh were nibbling enthusiastically on Scottish shortbread biscuits from a solid silver plate.

‘You must stay with us tonight,’ said Bubbles. ‘But first…we will play some golf.’

I nearly choked on my cup of Earl Grey. Golf?  Was he having a laugh? All that was on view out of the latticed stone window were sand dunes, for as far as the eye could see.

The Maharajah giggled at my bafflement, then crossed the room to a metal filing cabinet. Opening the top drawer, he pulled out a square piece of wood, which was covered one side with what appeared to be artificial grass.

‘We will of course, very naturally, be needing this,’ he announced. ‘This will be our “turf”.’

‘We will of course also be needing this,’ added Fateh, whipping out a bottle of Johnnie Walker from his jacket pocket.

My eyes widened. Here I was with two of the most influential men in Rajasthan, and I was about to play golf in the desert on Blue Label whisky.

‘Err…how many holes will we be playing?’ I enquired nervously.

‘Do not worry, my good chap,’ said Bubbles, his eyes twinkling with mischief. ‘It is not the full round…eight holes will do!’

Well, we didn’t get to eight holes. We barely managed two. Bubbles placed his piece of ‘turf’ on the ground, teed off a perfect shot to the first hole…and the ball never hit the sand. Instead, there was a yelp of surprise and a figure popped up from behind one of the dunes, rubbing a sore head.

‘What is that fellow doing there?’ said Bubbles, rather crossly. ‘He is ruining my game completely!’

It took the distressed Maharajah six more shots to get his ball in the first hole (Fateh and I had discreetly agreed to let him have the advantage) and sixteen to down the second. The reason it took that many was that the bottle of Johnnie Walker was now quite empty, and Fateh had produced another one.

‘I am thinking I am hearing the gong for supper,’ slurred Bubbles as the prospect of a third hole defeated him. ‘Shall we call it a day?’

That was not the end of my royal experience. The next morning, still half-sozzled from my massive intake of alcohol, I was woken in my luxury palace suite by a knock at the door at 8am. ‘Who the hell is this?’ I thought blearily. ‘I’m going to cripple his bell finger!’

Nothing prepared me for what came next.  I wrapped a skimpy little towel around my waist, and strode to the door and opened it. And there stood two neat rows of turbaned and cummerbunded soldiers, their sabres held high and glinting in the sun, all grinning at me expectantly. Then two of them dashed out and rolled out the red carpet. ‘Now that’s what I call service!’ I thought to myself. ‘What are they going to do for an encore?’

The answer was ‘nothing’. They quickly realised their mistake, nodded in apology, and shifted the carpet six feet to the left.

Rajiv Gandhi was staying next door.

Add your comments about this story on the Blog page.​
​​​