In September 2001, my friend and bridge partner, Phil, lost his mother and mother-in-law, my good friend, Stanley, died from a heart attack, my brother, Peter, was diagnosed with incurable leukemia, and, there was New York.  Little did I realize as we worked at Wintergreen Inn in Revelstoke, British Columbia, on that fully booked September morning, the immediate impact it would have on my business.  The border with the US closed immediately, and cancellations arrived in a flurry.  Even Canadians were cancelling their reservations.  Fear was everywhere.  It wasn´t a very good month.

I suddenly knew I needed a vacation.  A real vacation.  The longest I had been away from my inn since opening in May 1995, was a week, just once.  I also wanted to include my friend, Byron, who had provided months of support for me during my difficult early days as an innkeeper.  Besides, I was approaching my 55th birthday and as I had not celebrated a birthday in any significant way since my 40th, why not celebrate somewhere else?  I began looking on the internet for possibilities.

Byron had often talked about being in London at Christmas.  This was not possible as I already had inn reservations beginning before Christmas.   However, it would be possible to be in London until nearly mid-December and see all the decorations and such.  That was something, but what else?

I had always wanted to return to Amsterdam, first visited in 1977.  An internet search led to the Cannabis Cup.  I was vaguely aware of the event sponsored by High Times magazine.   It occurred in Amsterdam in November.  Wonderful!  We would visit Amsterdam for the Cannabis Cup and then go to London for Christmas lights.   A week and a half in each place.   Excited, I phoned Byron to see if he liked the plans.  He did.

Cannabis use was illegal in all countries in 2001, but Holland was well-known for ignoring cannabis use and for its famous coffee-houses that sold marijuana and hashish. The 14th Annual Cannabis Cup, a four-day event, was beginning Sunday, November 18, in Amsterdam.  Anyone could participate in the event, but for $200 you could become an official judge.  I knew how I wanted us to celebrate my birthday.

Soon after, I shared our travel plans with Phil.  He immediately announced he would join us.  I easily found rooms for three at good rates in both Amsterdam and London.  Flights were not full that fearful fall.  No problem becoming judges either.

We flew from Vancouver on November 14.  As our flight passed over a visible Iceland, it was 12:10 am PST, November 15, the exact same time as my birth fifty-five years before.  We arrived in Amsterdam in the afternoon.

Late that evening, as we sat on our tiny third-floor balcony, in one of those old houses on Raadhuisstraat, overlooking the still-busy roads and a canal, drinking Heineken and smoking joints, we slipped into our Amsterdam haze, and it was good.

Friday began with a long walk that somehow ended up at Mellow Yellow coffee-house before noon.  Mellow Yellow (new location because of fire) was the original cannabis-selling coffee-house in Amsterdam, already discreetly in business before my 1977 visit.   We had to go in.   The rest of the day wasn´t so clear, but started in nearby Vondelpark, a traditional hang-out of the cannabis crowd.

Saturday was a real touring day that included the Van Gogh museum, the Rijksmuseum, the red-light district, some shopping, and maybe the other two went on a canal tour too, although I really cannot remember for sure as I believe a coffee-house or two may have intervened.

A peaceful, gentle rain was falling Sunday morning when we joined an already long line of judges waiting to register at the Pax Party House, adjacent to a large police station.  Hot oil smells from tented vendors of apleflappen and olibollen, fruit-filled deep-fried pastries, permeated the moist air.   Scantily clad girls wearing clear plastic rain ponchos emblazoned with the name and logo of a coffee-house handed out more ponchos.  Other coffee houses offered umbrellas, bags, posters, rolling-papers, roach-clips, lighters, the paraphernalia of marketing.  A single male worked the line, chatting, lighting a joint, passing it on, leaving his coffeehouse´s product for an early sampling by judges.  Not that any attempts were supposed to be made to influence any of the fifteen hundred judges waiting in the rain for the doors to open to start the Cannabis Cup.

Later, none of the judges would recall the bribes at all.

The Pax Party House had meeting spaces on the main floor and the three floors above were the location of the trade show connected to this event.  This show had both local and international participants and featured everything possibly connected to growing and using marijuana.  There were lots of free samplings.

As judges, we were provided with a booklet with the twenty-two coffee houses in competition for Cannabis Cup 2001.  We were to record our evaluations of the single marijuana and hashish type each had entered into the competition.   They had divided the coffee-houses into two groups with a separate bus to service each route.  Those buses simply circled their routes continuously, allowing judges to climb aboard and get off at the various locations without any navigational problems other than those caused by our jobs as judges.  We also received a plastic judge identity tag with a fluorescent orange ribbon to be worn around our necks.  We would be instantly identifiable to the special bus service drivers, the owners of the coffee-houses, and any citizens of Amsterdam we might encounter.  Not that our glassy-eyed stares, frequent laughter, and unsure steps weren´t also quite obvious.  Most of the judges departed immediately, eager to begin performing their chosen duties.

Every afternoon, at 4:20, most judges would reconvene in the Pax Party House, to listen to talks, socialize and visit the trade show exhibits.  Every evening, live entertainment was provided at a different locale.  The best group for me was the reggae band Steel Pulse.  We all felt the whole event was really well organized and well run.

Of course, the impossibility of this sort of evaluation having much accuracy was evident by the time most judges were visiting even their second coffee-house.  To think that we should perform forty-four samplings in four days and accurately evaluate anything is absurd.  But, that did not matter at all.  Eventually, Sweet Tooth, from Barney´s Breakfast Bar captured several awards.  None of us could recall it, but we were sure it must have been good.

After the Cannabis Cup, we still had another four days in Holland.  We did more normal tourist things in Amsterdam and even took the train one day to visit the beautiful village of Bruges in Belgium.  We also reduced our intake of cannabis considerably.

Heathrow, the world´s busiest airport, did not seem too busy at all when we arrived in London.   People were still not travelling.

Our accommodation in London was just north of Hyde Park near Paddington Station and near an Underground station.  There was a pub two doors away and a nearby Indian take-away.   Great location.  The room with three single beds and ensuite bathroom did not have a lot of walking space and the shower was hilarious.  It was a tiny corner unit that none of us could get into and shut the door.  Showering was a kind of two-sided operation, partly in and partly out.  However, the room rate was stunningly cheap for London.

I had been to London several times, but Byron and Phil had never been.  Of course, the famous sites were mandatory.   At first, I went everywhere with them, even though I had been to all before.   When they became familiar with the Underground, I could choose something different.

One of those days, I left very early by train from Paddington, north to Wolverhampton in the Midlands.  I carried a book that showed the main streets of Wolverhampton in 1926.  My father was born in Wolverhampton.  His family emigrated to Canada when he was nine years old, in 1926.  I wanted to experience something from my father´s past.  Also, there was a tour company that operated out of Wolverhampton that sent guests to my Wintergreen Inn, so I popped in there too and totally surprised them with a short visit.

Besides tourist sites, we saw an afternoon play performance.  It is such a treat to watch close-up as professional actors ply their trade.  Another afternoon we had seats front and center in a sparsely populated theatre with a floor-to-ceiling screen and penetrating sound system watching the newly released (November 4) first Harry Potter movie.   Absolutely amazing experience in that theatre!

We did a lot of window shopping.  Of course, that was all about seeing the city decked out for Christmas.  Harrod´s store was particularly incredible, and just as incredibly expensive as it has always been.

One evening in the West End, we were approached by a hooker.  Reacting quickly, Phil said we were not interested, but would be interested in buying a little marijuana.  She dragged us down a side street and into a doorway.  She told us there were security cameras on every street but we were out of sight here and that we should stay while she took our money to get the marijuana.   She offered her purse as security.  We made a quick decision to trust her.  She seemed nice.  She came back with the marijuana.  She was nice.

One foggy, drippy, London evening, we headed to a spot near the Tower of London where we had arranged to meet a guide for a Ripper Tour.  The weather was perfect.   We spotted our guide, clad in raincoat and slouch hat.   We were the only customers this evening.   He had a day job as a Beefeater guard in the Tower, but it was his night job leading tours along the very footsteps of Jack the Ripper, that impassioned him.   He knew exactly where everything occurred, and we went to all the sites that still existed.  He also knew all the murder theories, all the suspicious characters, all the books and movies, everything.  He spoke constantly in a low voice as he led us through fog enshrouded streets and dripping alleys in London´s East End.  Such a perfect, personal tour could never be replicated.  We were lucky to have seen the tiny notice for the tour pinned on the message board at our accommodation.

Returning to our room in the late afternoon of November 29, we were stunned to see the newspaper stand headlines - BEATLE HARRISON DEAD.  He was not much older than us.   Harrison had died in Los Angeles, but I knew that there would be something happening somewhere in London and I wanted to be there.  Phil and Byron were much more intent on food, a bottle of Irish whiskey, and some conversation they had going.  They declined to join me after I decided that Abbey Road Studios was the place to go.   I went alone.

The crowd was already sizeable.  Beatles music played from the same roof where they had once staged a short concert.   People milled about.  Some sang along with the songs.  Some were crying.  Three-person media crews looked for stories.   One would procure a subject, one would interview, one would film.  Then, they would sell or try to sell the bit, usually 15 seconds or 30 seconds in length, to some news outlet elsewhere in the world.  What a circus!

We saw more areas of London, old buildings, museums, galleries, parks, the vast array of choices of this great city.   Of course, we also went to hear the speakers in Hyde Park on Sunday.

But one day our adventure was over.  We headed for Heathrow and the journeys back to Newfoundland, the credit union in Grand Forks, and the inn in Revelstoke.  We would never find a way to travel together again. 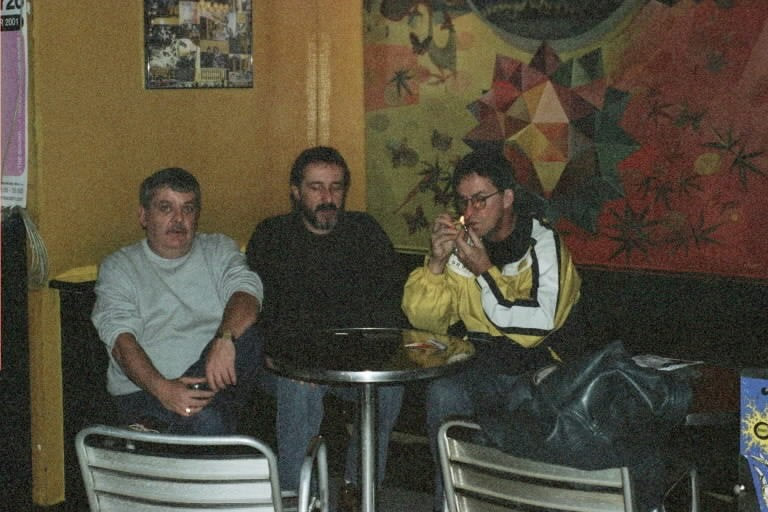 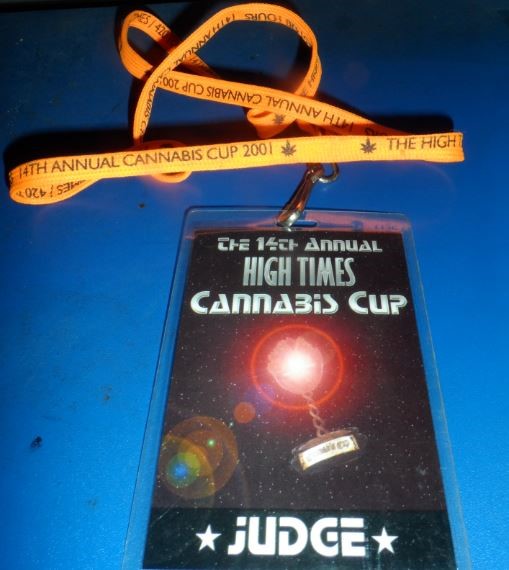