The island of Bali now receives more than 4.6 million visitors annually, but back in the 1970s, it was mostly known to backpackers.   I was one.  I stayed in a simple, clean, attap hut just off Kuta beach for 75 cents a night, including breakfast.  The only luxury hotels were found on Sanur beach, on the eastern side of the island.

One day, I decided to travel to the cultural center of the island, Ubud, then a community of a few thousand, not the 30,000+ wellness, fitness, spiritual mecca that it has become in the 21st century.  It was a different time.

A religious festival was to begin the next day.  I spent much of the first day fruitlessly searching for a place to stay.  Frustrated, I wandered into an open area market where I saw a small girl, about 5 years old, standing in a pair of red plastic shoes that were clearly too big.   She was crying. Her father, crouched beside her, was holding a much more sensible and correctly sized pair of black shoes, unsuccessfully trying to get her to change.

Standing behind the father, I pulled some stunts from my mental bag of babysitting tricks, and soon the tears turned to giggles.   As father noticed my actions, I told his daughter the black shoes were bagus, which means good and cool all at once. I don´t know why she would accept advice from a grinning, wild-haired foreigner who knew just a little of her language, but soon the red shoes were back on the vendor´s table and the black shoes were purchased.

I asked the grateful father if he had any idea where I might find a room for a few days.  Without hesitation, he invited me to come home with them and stay in their house.  I gratefully accepted.

I had barely settled in when the father asked if I would accompany his family to the temple for the religious ceremonies the following day.  I could hardly believe how good my day had become by making a little girl laugh.   It was with great anticipation that I went to bed that night.

Religion in Bali is unlike the rest of Muslim Indonesia.  Nearly 85% practice Balinese Hinduism, a mixture of the pantheon of Hindu deities, animism, ancestor worship, philosophy, mythology, and magic.

The next day was certainly magic.  The wife had prepared offerings to take to the temple.  They were flat, woven baskets filled with rice cakes, fruits and flowers.  As I walked with the family, the little girl wearing her new black shoes, towards the temple, I saw many more women carrying offerings, most much more elaborate than the ones we carried.  Women in beautiful costuming carried multiple offerings stacked on their heads.  Nothing ever fell.

The temple was draped in bright cloths, rich brocades, and gold-painted wooden panels.  Even the statues were dressed in sarongs.   Gamelan music filled the air.  Foreigners were allowed to enter the temple.  However, there was a sign near the entrance, in English, that stated, “Women who are menstruating cannot be entered”.  Probably not what they meant, but it certainly did not apply to me.  I was told that to show respect, I should avoid standing taller than the temple priest.    He was less than 160 centimeters.  I crouched low every time he approached.

The offerings were placed in various locations around the temple.  All the offerings featured rice, fruits, and flowers.   As the day progressed people came and went.  The priest wandered around, blessing the various offerings with holy water.

Participants were also blessed with, and some even drank, holy water.   When participants left, they took their offerings home.  Apparently, the gods had extracted the essence of the offerings and the humans could eat the leftovers.

When tropical darkness arrived, the evening became festive.  One traditional religious festival happening was cockfighting.   I suppose there was some historical reason, but what I observed was an enormous amount of wagering on these fights.  The owner of the winning bird, also got to take home the body of the vanquished bird.   It would later be eaten.   I did not stay long at this bloody spectacle.  Cockfighting was officially banned in Bali in 1981, but is still allowed at some religious events, and illegal cockfights still occur.  It is a link to Bali´s past.

The same evening I also watched a kecak dance, also known as the Ramayana Monkey Chant.  There are over a hundred dancers.  The story involves a good prince, an evil prince, princesses in distress, and a lot of monkeys who aid in the positive outcome to the story.  Illuminated by torchlight, surrounded by dark shadows of tropical vegetation, accompanied by the metal and wooden tones of the gamelan orchestra, and the chanting of a troop of monkeys, it was a spectacle that is not replicated when this now famous dance is performed in shows around the world.

What an amazing day!  While my next few days in Ubud could not possibly match, I did enjoy the beauty and charms of the area.   When I left, a pair of red plastic shoes, still two sizes too big, were waiting on the bed for a little girl. 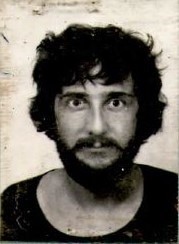 ​Bali – January 1977
Add your comments about this story on the Blog page.
​