​​Nora was a spinster, that much I knew. We knocked on her bright blue door as dozens of seagulls circled us suspiciously. Waiting, unsure, we began to wonder if she had forgotten we were coming. Suddenly the door was opened with a flourish by a tall, grey-haired, elderly woman who threw her arms around my mother and placed a kindly hand on my shoulder. “Come in, it’s much cooler in the house” she commented, as she led us through a dark passage whose walls were covered in unusual paintings of words, fish, and everyday objects.

The cool sitting room was filled with hazy changing light reflecting off the nearby dark blue ocean. I stared at ancient photos of starched and unsmiling people which were scattered among the bookshelves and hung on the walls. I noticed more of those odd paintings.

Books crammed the room; in bookshelves, on coffee tables, piled on chairs and in corners. They were on every subject imaginable; history, geography, travel, cooking and there was a large collection of children’s books. Some had worn leather bindings or torn covers, some appeared to be new. One book lay open at photos of a strange watery city with colours of gold and burnished terracotta lit by fading sunlight. My fingers itched to turn the pages, to explore this amazing treasure trove. A tiny mottled kitten sat up and stretched on the faded sofa, took one look at us, and disappeared.

Noticing my fascination with her personal library, Nora said “help yourself”, oblivious to the grey stare of my mother. Running my fingers across the spines I chose three books; one about the Russian Czars, one about a composer I had never heard of called Vivaldi, and another filled with paintings of beautiful roses.

Nora put some music on the stereo, as I listened to the seagulls and the waves crashing on the stony beach I checked the cover; Finlandia by Sibelius. Many years later I learnt to understand his music when I visited his unusual homeland.

My mother usually kept information about the people we visited in the Hawkes Bay to herself, all I knew was they were her relatives. We had called on several elderly ladies this week, but I was unsure where they fitted into her family. I had sat politely in dark houses with thick lace curtains, old fashioned furniture and strange musty smells. We had been served endless afternoon teas from old china cups and stale shortbread.

Forty years after our visit I learnt Nora, and the other old ladies, had been born into well-off farming families where curiosity, an inquiring mind and education were highly valued. Her farm childhood had been idyllic, sleeping in a drawer until her older sister outgrew the cot, running about in bare feet, playing hopscotch, and toiling up the big hill to watch distant ships sail into the nearby port. Then tragedy struck. War and the depression had slashed farming incomes. Rabbit shooting offered extra money to support hungry families, something her father did in his spare time. One day when out shooting he became distracted as he crawled through a barbed wire fence with a loaded gun. It discharged and killed him instantly.

As I sat balancing books on my knee and drinking in those around me a rusty memory surfaced. At some stage Mum had told me Nora had been a teacher. She chose small country schools where the Maori children loved her, and she was constantly surprised by the thirst for knowledge the farm workers children had. She imparted her love for books, music and the need for higher learning to many lucky children. While teaching near her family home she became engaged to a local farm hand.  One day he was trimming trees for the landowner and fell. He bled to death before anyone found him. This was why Nora was a spinster; in fact only one of her siblings married.

I looked up from my book as a plate of hot, steaming, cream and jam covered scones were placed in front of me. Butter ran down the sides as my mouth watered. “Eat as much as you like, I made the jam yesterday especially for you” whispered Nora. My mother sighed at the extravagance.

Captivated by this interesting relative I took more volumes from the shelves, managing to trip over one of the big piles on the floor. Refusing a walk on the stony Napier beach and a glass of fresh orange juice I devoured Nora’s books. I was enthralled by the world she inhabited. Many hours and scones later we left, promising to return.

I never saw Nora again. That sizzling summer day and the love that retired teacher spilt onto me defined much of who I am now. Her attitude to life had entranced me. Nora’s gentle acceptance of a shy, red-headed 10 year old misfit has imprinted on the meanderings of my life. Her quiet elegance, love of books, art, cooking, music, travel; her vitality for a quiet life full of education and enquiry became mine.

When going through my mother’s belongings several years ago I found a letter Nora had written to her in 1984. I devoured her words. She mentioned she was 80 and was considering a retirement home. I realised she must have been newly retired and in her early sixties when I met her. I so wished I had known she was still alive, I would have taken my unruly children to visit her in the hope her magic would settle on them also.

And those unusual paintings which lined the walls of her home? Nora’s nephew is one of New Zealand’s most prolific and well-known artists, and the paintings were his gift to a beloved aunt, his name is Dick Frizzell. 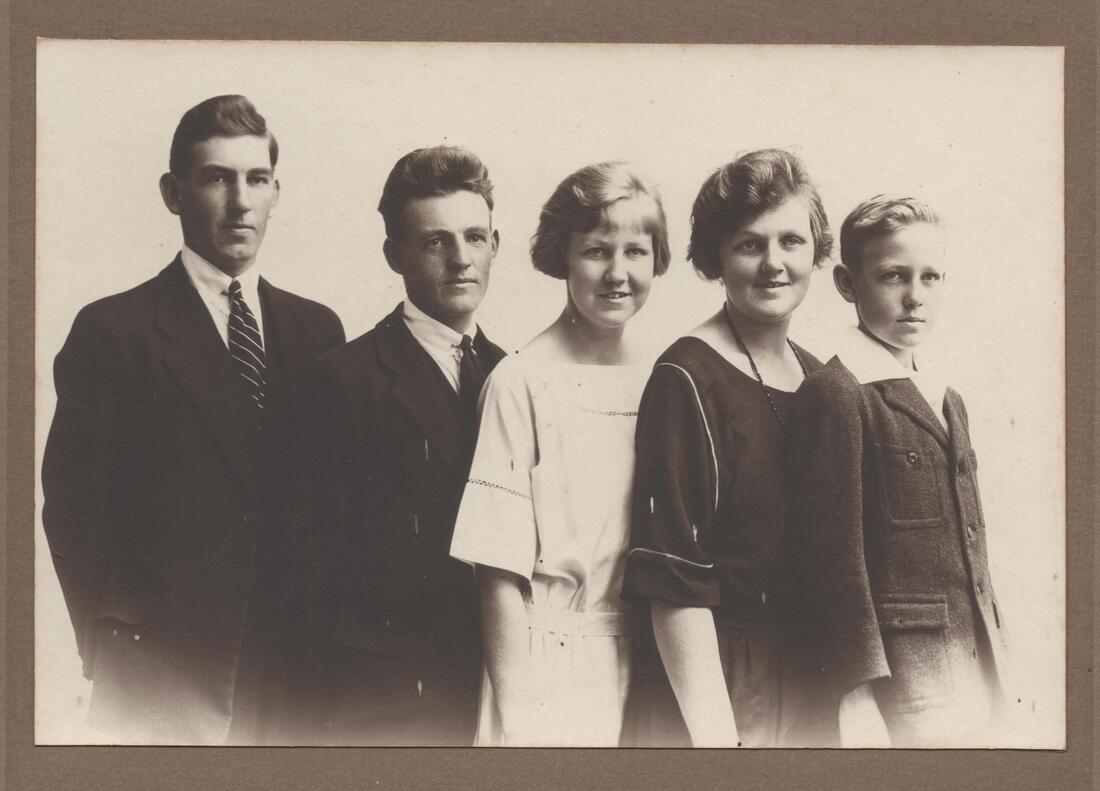