We called her Polly. She first appeared in our garden, a petite black and white cat, a bit thin but very friendly. Then one Saturday we found her scavenging on our compost heap, so we began feeding her. She was still nameless to us, but when you start feeding stray cats, they need to be called something, so Polly it was.

We fed this very appreciative girl for a week or so on the same food we had for our Smokey. She would stay long enough to eat and for a bit of a fuss, then it was over the back fence to where horses were grazing in the paddocks behind us. One particular day though as I watched her cross the strip of paddock and go into the bush that was bordering the other side of the paddock, she started mewing. Out tumbled three very small kittens.

Well, this changed things. Having discovered that she was a solo Mum raising a family on her own in the bush put a new slant on things. Now it was up to us to go to her with the food. A new routine began with us, each afternoon going over the back fence with a tub of cat food to feed her and the very tiny kittens. Some days it was all straightforward, but on other days it entailed a fight with one particular horse who seemed to think it was him who needed feeding. Yes, there were also horses in the paddock. I’m not sure what the cat food was made of. It was cheap and you did hear stories about horses ending up as cat food, so there seemed to be something slightly wrong with this situation, but he was, nevertheless, very persistent. Oh, I won the argument each day!

The weeks passed and Polly and her kittens were looking a lot healthier than when we first met them. Each afternoon either I or the kids would take the food over to the now somewhat plumper family and feed them all. Polly encouraged them all to come to us and get used to us. The kittens were gorgeous. There was a tabby, a mainly white kitten with black markings and another jet black one. The kids named them all. There was Buttercup, the white and black one. Wellington was the tabby and the black one became Midnight.

Out of the blue on a summery Saturday morning Polly brought the kittens out of the bush to our home. Across the paddock came Polly, bringing Buttercup with her. All we could see of Buttercup was a couple of ears and her tiny upright tail coming through the long grass. Polly brought her to a piece of grass on the driveway, left her there and went back to get Wellington. We went outside and stayed with Buttercup. Back she came with Wellington. He, like his sister came happily to our place and he sat with his sister in the clump of grass. Off she went to get Midnight, but he was not going to come with her, no matter what. There was nothing for it but for her to do the journey in reverse taking first Buttercup and then Wellington back into their bush home.

It was now obvious she wanted to get the kittens somewhere safe where they would be looked after. It was up to us to bring them to the house ourselves. It was a combined family effort. All five of us went back with food and a box to collect the kittens. Buttercup and Wellington were no trouble. Once they were feeding, we picked them up and put them into the box. They were used to us handling them, so this was easy, but then there was Midnight. As soon as he realised what was happening, he went straight back into the bush where we couldn’t reach him. Polly, bless her, came to the rescue. She went in and carried him back out to us.

On the first night, we put the kittens into a chicken run where they could move around easily. It was summer so they had warmth and shelter. We had intended to put Polly in there with them, but there was no way she was going to be shut in. She had no problem with the kittens being there, but goodness knows what had happened to her in the past. She did not like enclosed spaces. By now we had introduced her to the house. She was quite comfortable there, so we brought the kittens inside too. Buttercup and Wellington were more than happy to be inside stretched out on the couch, but not Midnight. He stayed outside unless the doors were wide open, and we were outside. Then he would curl up with his Mum.

Polly and the kittens thrived. Our “already cat in residence”, Smokey, didn’t view these interlopers very kindly. The house had been his domain and he seemed to stalk around the house with a permanent frown for quite some time, but he got over it eventually. My brother and his partner took Wellington when he was old enough, which left us with four cats now.

Life settled back to normal and Polly relaxed, until, that is, she came on heat! These were the days of only one income, very high mortgage rates and a young family. Money was more than tight, so spaying cats was very low on the priority list. Suddenly in the house we had one very excited un-neutered male cat and one very fertile Polly, who soon became a pregnant Polly. The next litter was born in the house during the night a couple of months later at the bottom of a large paper rubbish bag of cane that was waiting to be turned into baskets. This time we had a tabby named Sweetheart, who became known as Squeeky. Her black and white brother was Patch and another black and white whose name alludes me. Once again Polly proved to be the most wonderful Mum. She taught them everything they needed to know, fed them, and cared for them.

But it was Midnight who was the winner. One day, without any warning, Polly left us all. She knew the rest of her family was fine, they didn’t need her anymore. We were left with Buttercup from the original litter. She was a lovely cat, very similar in nature to her Mum. She too mysteriously vanished from our lives after a couple of years.

Patch, from the second litter stayed with us. He was a funny old thing thing who was a bit slow and lived under Squeeky’s cat equivalent of her thumb. His favourite place was right by the fire in the wintertime, until his bossy sister came and dragged him outside. He was well into his teens when he suddenly died. Squeeky was twenty-two when she died. Their other sibling went to a new home where I am sure he was well cared for. As for Polly, we have never forgotten her. She was one very special cat, and the best little Mum you could ever wish to meet. 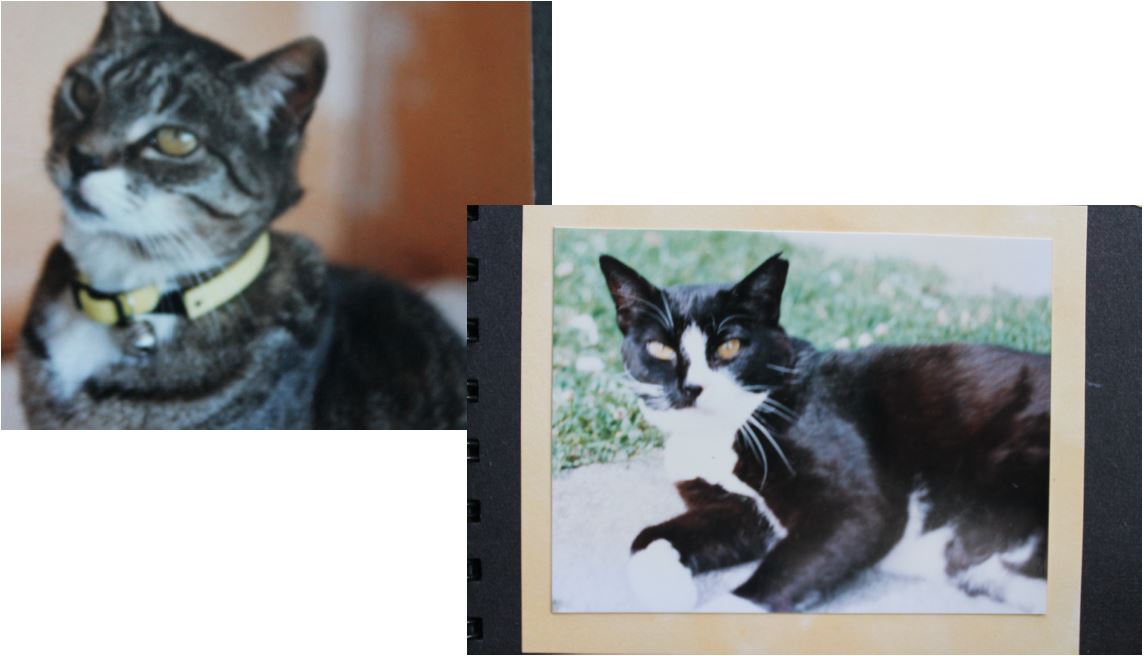