​I confess that I have a love of history and especially in the period of time in France that covers the occupation and the D-Day landings. It is not my intention to go over all that the story encompasses. That has been well told many times by far better historians and been reviewed extensively quite recently with the fascination of the 75th anniversary of the landings. All my writings are done with a desire to inspire you to visit the places we have loved over the years. What I hope to achieve is to convey a sense of the atmosphere to you and the way these sites have an impact on us as visitors. With the war sites in Normandy the feeling that these are places we have loved is perhaps not the correct expression. You can love Provence. You can love Paris. You cannot love a cemetery at a place where so many lost their lives. You can however be moved. 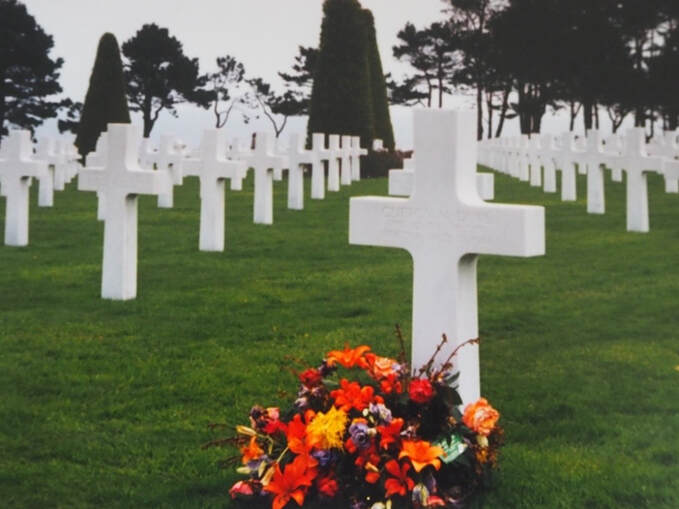 The Normandy American Cemetery and Memorial in France, Cemetiere Americain, is located in Colleville-sur-Mer, on the site of the temporary American Saint Laurent Cemetery. This was established by the US First Army just three days after D-Day on the 8th of June, 1944. It is worth a pause for thought that many military personnel who left the south coast bases of England were buried just a few yards into occupied France before the week was out. By definition of its location this was the first American cemetery on European soil laid out in World War II.

The approach to the cemetery and memorial is quite unusual and unexpected. As you get close to Colleville-sur-mer on the D514 you come upon a roundabout that is well tended and rather than driving on a well-used coastal  road you feel in another place altogether. You could be at the approach to an upmarket Golf and Country Club, reminiscent of where the Masters is played in Atlanta, USA. What this sudden change in the landscape impels you to do is to turn left and not to carry on. You cannot just drive past this place, a site that is the most visited memorial site for Americans in the world. Turn left you must do and after going through the wooded area you can park your car and take what is one of the most extraordinary walks you will ever make.

There is a new visitor centre here now that was opened in 2007 but that was some three years after our visit. The new centre tells the story of D-Day and Omaha Beach and gives the visitor a place to reflect and hear the recollections of many participants bringing those dreadful days to life once again. On our visit we just had the cemetery and memorial to contemplate but be assured that was more than sufficient to bring those days back into vivid perspective.

As you walk across into the cemetery you are confronted by row upon row of stark, brilliant white crosses. Every single one is perfectly laid out in unison so that whichever way you look down the rows they are in line, standing to attention. Initially this affecting sight is just too much to take in and you sort of want to turn away and try not to look. We found ourselves drawn over to the memorial at the head of the cemetery that faces down a long straight manicured lawn leading the eye between the two sides of the grave site. In front of the memorial is a reflective pool. There is not a sound, even the birds seem to have caught the mood and are silent, somehow knowing it would be disrespectful to find a landing place.

The memorial is made up of a semi-circular colonnade that has a large inscription running around the upper curved part. Attached at either side of the memorial there is a loggia and these contain large maps and narratives of the D-Day military operations and the subsequent breakout into the Normandy countryside. At the centre of the semi-circular structure is a bronze statue, “Spirit of American Youth Rising from the Waves.” You cannot help but reflect that sadly the place is dedicated to and contains the generation of American youth whose rise ended so abruptly and tragically just yards from this statue.

On the Walls of the Missing, constructed in a semi-circular garden to the east side of this memorial, you will find inscribed 1,557 names of those who never had a last resting place. Some have been found and identified in the years following the construction of this memorial and those are marked by a Rosette against their names. I found this especially poignant as my great uncle Alan Atherton also was never found after being killed in the similar Allied landings at Salerno a few months earlier.

The cemetery site in front of you covers over 170 acres and contains the graves of 9,385 American military dead, most of whom lost their lives in the D-Day landings and the operations that followed as the Allies broke out from the beachhead. The whole cemetery spread out before you is so impeccably laid out that it is somewhat dreamlike. Can this be real? In many ways it should not work as a memorial, it is too pristine and so far removed as an image from the bloody horrors of those landings. Yet, it is that starkness, that total contrast with the events themselves that cause you to be so moved by the experience. It stuns you into silence. I have never been in a place with so many other people and not been aware of any sound. No one speaks; they just silently walk through the paths, occasionally looking at the graves - but not too often. 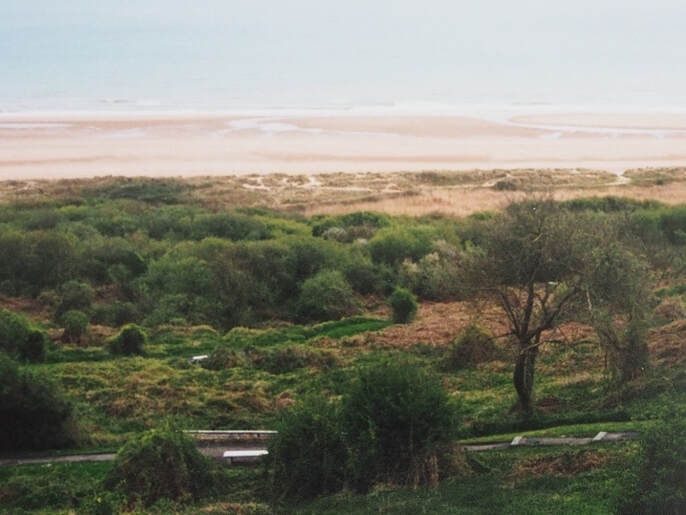 There is one more place that you have to visit and to do so you have to leave the flawless cemetery behind you and step through to an observation point overlooking Omaha beach. At its centre there is an orientation table that gives a battle view on a map of the scene as it was on the 5th of June 1944. The cemetery was very affecting but it is here overlooking the beach that you feel deeply the emotion of this poignant site. As you look out down to the beach over the grassy knolls you get a sense of the actual deadly dangers those young men faced. The beach is not wide but it is wide enough to know that it would seem a very long way to a soldier running towards a machine gun at the site of this observation point. It is then that it finally hits you that the men in those graves behind you are buried within yards of where they fell. This is as far as they got. It is that realisation which moves you to tears.

This American Cemetery at Colleville-sur-Mer is a place that I would say affected me almost as much as anywhere else I have ever visited. The only other memorial site that I find more intensely moving is The Mémorial des Martyrs de la Déportation at the eastern tip of the Île de la Cité in Paris, located in the small park behind Notre Dame. That memorial in Paris differs in that it has a personal resonance for me so it should and does have a deep effect on me whenever I visit Paris. Unlike Paris the Normandy Cemetery does not have a personal connection but it is a place that stirs the emotions and I will never forget it. Nor should I.